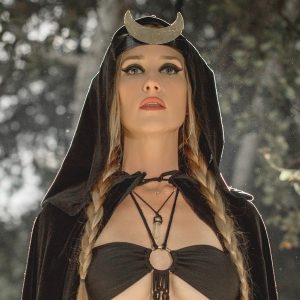 It’s always sad when a rock musician commits suicide,I hope that Jill Janus has now found the peace that eluded her in her life

BRAVEWORDS.COM
HUNTRESS Singer JILL JANUS Dead At 43
Huntress singer Jill Janus, a cancer survivor who during her life battled with physical and mental illness, has passed away at 43 years of age. Unconfirmed reports suggest that Jill took her own life. No further details are available at this time. Jill’s friend and former bandmate Casey Wood posted….

Huntress is an American heavy metal band. It was founded in the underground of Highland Park, California when lead vocalist Jill Janus moved to Los Angeles where she met an underground metal band called ‘Professor’ in 2009. Huntress was signed by Napalm Records in November 2011. A debut EP Off with Her Head was released in 2010.[1] On December 27, 2011, they released their first single, “Eight of Swords”, to promote their debut album, Spell Eater.[2]

The band’s style has been observed as classic heavy metal with influences of thrash and dark metal. The songs featured frequent screaming by lead singer Janus who was classically trained and had a vocal range of four octaves.[6]