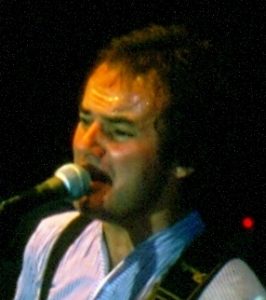 Rodford performing in 1979
Background information
Birth name
James Walter Rodford
Born
7 July 1941
St Albans, Hertfordshire, England, United Kingdom
Died
20 January 2018 (aged 76)
Genres
Progressive rockpsychedelic rock
Occupation(s)
Musician
Instruments
Bass guitarvocals
Years active
1960s–2018
Associated acts
The KinksThe Swinging Blue JeansArgentthe ZombiesThe Kast Off Kinks
James Walter Rodford (7 July 1941 – 20 January 2018) was an English musician, who played bass guitar for several British rock groups. He was a founding member of Argent, which was led by his cousin Rod Argent, and performed with them from their formation in 1969 until their disbanding in 1976. He was the bass guitarist for The Kinks from 1978 until they disbanded in 1996. In 2004, he joined The Zombies reunited, whom he had been closely associated with since the early 1960s, and remained a member until his death in 2018. He was also a member of The Swinging Blue Jeans and The Kast Off Kinks.

Early years[edit]
Rodford was born on 7 July 1941, in St Albans, Hertfordshire, England. In the late 1950s and early 1960s he was a member of the Bluetones, the biggest band in St Albans at the time. Although he did not become a band member at this stage, Rodford was instrumental in helping his younger cousin Rod Argent form the Zombies in 1964. Rodford later joined the Mike Cotton Sound as a bass guitarist.[1]
Music career[edit]

Rodford performing in Mannheim, Germany in 1979 with The Kinks. Ray Davies (L) and Rodford
Along with Rod Argent, Rodford was one of the founding members of Argent. When Rod Argent quit the band, the remaining three members (Rodford, Bob Henrit, and John Verity) formed the short-lived band Phoenix. Eventually, Rodford joined the Kinks as a bass guitarist in 1978 and played with them until their final disintegration in 1996.[2]
From 1999–2001 Rodford appeared in a band that ex-Animals guitarist Hilton Valentine formed, The Animals II, which also featured former Animals drummer John Steel, and keyboardist Dave Rowberry. Rodford continued with this band (which changed its working name to “The Animals and Friends” after Valentine left) until joining Argent and Colin Blunstone in the revival of the Zombies.[2]
Rodford never played with the Zombies in the 1960s, despite having been closely involved with them. However, he began to play the bass guitar with the band’s reincarnation in the early years of the 21st century, with his son Steve on drums.[3]
In 2008, Rodford joined the Kast Off Kinks, on the retirement of John Dalton, whom he had followed into the Kinks after Andy Pyle. In 2009, Jim Rodford regularly played in “The Rodford Files” along with Steve Rodford (Blunstone/Argent band) on drums, Russ Rodford on guitar, and Derik Timms (mOOn Dogs) on guitar, lap steel, slide and vocals.[4]
In 2010, the original line-up of Argent reformed and resumed playing in concert. They mounted a short tour including gigs in Frome, Southampton, Wolverhampton, Leamington Spa and London.[citation needed]
Personal life[edit]
Rodford met his wife Jean at the Pioneer Club in the early days of his music career. They have two sons, Steve who plays drums, and Russell a guitarist.[5] Rodford died after a fall on 20 January 2018 aged 76.[6]RS
References[edit]
Jump up
^ “Jim Rodford, bassist with The Zombies, The Kinks and Argent, talks about early days of The Pioneer Club”. Times. 12 March 2014. Retrieved 12 December 2015.
^
Jump up to:
a b Eder, Bruce. “Jim Rodford”. AllMusic. Retrieved 12 December 2015.
Jump up
^ “I Brought Balance”. Retrieved 12 December 2015.
Jump up
^ “Kast Off Kinks”. Retrieved 12 December 2015.
Jump up
^ “Special Feature – Still rocking the world with The Zombies and Argent: Meet Jim Rodford and family” (PDF). Spring 2012. Retrieved 12 December 2015.
Jump up
^ “Jim Rodford, of Argent, Kinks, Zombies Fame, Dies”. Bestclassicbands.com. 11 August 2015. Retrieved 20 January 2018.
[show]
vte
The Kinks
[show]
vte
Argent
[show]
vte
The Zombies
Authority control
MusicBrainz: c671df9a-c39a-4d37-80d5-7b9d2d5f0331
Categories: 1941 births2018 deathsEnglish rock bass guitaristsThe Kinks membersThe Zombies membersPeople from St Albans