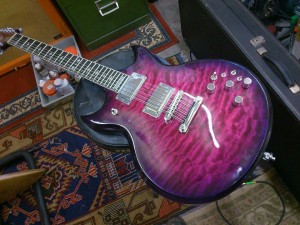 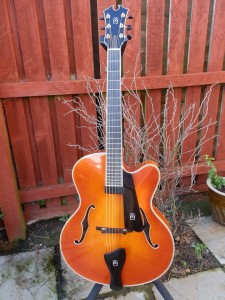 A long long time ago, in a galaxy far, far away……………………..……………….
OK well it was a long time ago and for most folks it was far away. It was about 1968 and the place was Old Kinbrace Farm. The Strath of Kildonan. Sutherland-shire, North East Scotland. This was where I actually Lived, well it was my home address. I actually went to school in Golspie (the county capitol town, This being a distance of approximately 30 miles) I was actually in digs in Golspie, Living with a wonderful old couple (Major & Mrs Lindsay & again who gave me great inspiration and helped to shape me to the person that I was to become) They had a large Boarding house which catered mostly for working men. I was learning to play Guitar and also showing a interest in arts and crafts. Major Lindsay put me in touch with some guys in Golspie to try and teach me to play better (Davey Duff, Kenny Lane and Jimmy Yule) all of whom went on to great things, Mostly I learned Country music, but I also learned a little of guitar construction. In the evening I would also do some work in the workshop of local artist Frank Talbot, who also played guitar professionally. I got into country music in a semi pro way and at school I studied hard. I also made my first instrument, in the school woodwork shop at the age of 13. It was a Appalachian Dulcimer. The obvious move from there was to make a guitar. and working with Frank Talbot, I had learned to weld and to braze metals as well to make great things from wood.
So I made Brass acoustic guitar (Not a resonator) This was a complete flop Both tonally and as a guitar. So from then on in my life I concentrated on building guitars from wood. As said I studied hard, gaining 7 “O” levels and 3 “Highers” and the career I had chosen for my life was going to be an architect, alas there were no vacancies at the time for an apprenticeship. So in 1972 I joined the Royal Air Force, where I would spend the next 9 years of my life. I still Played semi Pro in Bands, and still made guitars for my friends and for myself using the station woodworking shop. Just before I left the Military in 1981 I Married and Moved to Southend on Sea in England. I continued to Make Guitars and also made & sold Fine Scale Model Cars and I had turned my hand to art and my paintings were sold in a few local shops and a gallery in Southend. In 1982 I moved back to the Highlands to the Village of Helmsdale. Playing Country music and still making guitars. I then Moved to Lincoln where I found a bigger market for my Guitars and also for my music Touring with my band and recording some 32 albums. I had two fantastic sons with my first marriage, of whom I am exceptionally proud. I split from my wife (my fault) and moved to Boston in 2007.
I also obtained a Bachelor of Music Degree via the OU and Edinburgh This was in Musical Instrument Theory and Construction.
Still in Lincolnshire and remarried in 2011 to my beautiful wife Susan. I had a few close calls with my maker (Suffering several heart attacks in December of 2013 and a major bleed out in January of 2014. So I stopped burning the candle at both ends. I packed up gigging and touring. and at one point I even packed up making guitars (I managed to remove the end of my Left thumb in a workshop accident in October 2014). It was my friends and family that encouraged me to get back into making and selling guitars (at least as a part time living). and I suppose this is really what I am meant to do, at least for as long as my failing health will allow. So for now Gordon Guitars remains not just a source of income but it also provides me with a way of staying sane. Gordon Guitars UK would not have existed without the help and inspiration of the following folks, sadly some of whom have now departed this world
First
My Wife Susan who gives me the support and love to keep making guitars.
To my sons who have always and will always be inspirational to me and I am proud of all my sons and stepsons
My Father who at 86 years old still is an inspiration to me and my 4 brothers and 4 sisters
My Mother who always wanted great things of me (Not sure if she considered Touring with bands for 2/3 rds of my life and Making guitars, But without her pushing I would not be where or who I am today
My brothers and sisters who put up with the Sibling who at times became a “Del Boy” just to make a living
To my Many and Loyal customers who have asked many crazy things from my builds over the years. I look at my guitars as my babies and I try to follow them on their progress across the globe. Some of my guitars have Played at Wembley, IOW Festival, Grand Ole Opre, Carnegie Hall, Glastonbury, along with many many more lesser by name but greater by number.
So to you all I say a continued and honest Thank You
Kenn Gordon Bmus(Edn)
Gordon Guitars UK
Gordon Guitars