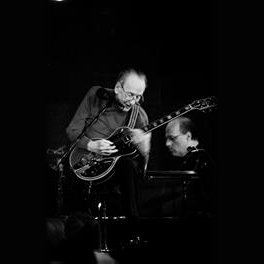 MEDIA INVITED TO COME ON BOARD

The 100th Anniversary of Les Paul Will Be Celebrated at STAX Academy, Soulsville Charter School and the Hard Rock Cafe on Beale Street

Memphis, Tennessee  – (September 22, 2015) – Les Paul – The Tour is coming to the “Birthplace of Blues,” Memphis, Tennessee for three days of interactive fun and live music, all in celebration of the 100th Anniversary Celebration of Les Paul. The man many refer to as the “Father of Modern Music” and a blues guitarist will be celebrated in real Memphis style when Les Paul’s Big Sound Experiencearrives at STAX Music Academy and The Soulsville Charter School, a Les Paul Foundation grant recipient,  on Wednesday, September 23, 2015 from 9:00 a.m. until 4:30 p.m.  At 3:00 p.m. musicians fromGuitars for Vets will make a special appearance and perform at the Academy and at 4:00 p.m. guests will have the opportunity to attend a performance by the students of STAX Academy. STAX Academy and Soulsville Charter School are located at 926 East McLemore Avenue in Memphis. On Friday, September 25, 2015 Les Paul’s Big Sound Experience moves to The Hard Rock Cafe located at Beale Street for two days of more live music and interactive fun. The experience is free and will be at The Hard Rock Café Memphis on Friday from 2:00 p.m. to 8:00 p.m. and also on Saturday from 2:00 p.m. to 8:00 p.m.

The 53’ interactive state-of-the-art mobile tour known as Les Paul’s Big Sound Experience takes visitors behind the scenes into the world of Les Paul giving them an opportunity for numerous interactive exchanges within 1,000 square feet full of music, technology and the energy of Les Paul! Guests young and old will immerse themselves in music exploration, sound and technology innovations and hands-on interactive entertainment.

Fans of Les Paul, great music and exciting entertainment can enjoy free live concerts by some of Memphis’ most popular local bands. Appearances include:

Fingertrick performing on Friday at 4:00 p.m.

Les Paul was an innovator, an inventor, a GRAMMY Award winner, an inductee of the Rock and Roll Hall of Fame, The National Invention Hall of Fame and so much more. Les Paul’s Big Sound Experience is all about the music, the inventions,  the fans and the legacy of Les Paul.  Known also as the “Father of the Solid Body Electric Guitar,” “The Wizard of Waukesha,” “Rhubarb Red,” “The Father of Modern Music,” and more. Les Paul’s curiosity about sound began at a very young age. Contemporary artists such as Slash, ZZ Top’s Billy Gibbons, Green Day’s Billie Joe Armstrong, Rock and Roll Hall of Fame Inductee Joan Jett, Jimi Hendrix and many others have paid homage to Les Paul throughout their careers.  To find out more about Les https://www.youtube.com/watch?v=IGQBbXrHQ9w&list=PLj-ONHrx_wHYGXE9h9DPcM5kxF4TjfSmS&index=4 or go to www.les-paul.com. For more information on Les Paul Foundation visit www.lespaulfoundation.org.

The Soulsville Foundation is a Memphis, Tennessee-based nonprofit organization that operates the Stax Museum of American Soul Music, Stax Music Academy, and The Soulsville Charter School. In addition to operating the world’s only soul music museum, its mission is to provide leadership and financial support that promotes and utilizes the music and heritage of Soulsville USA to develop young people for lifelong success. The Stax Music Academy serves approximately 130 students in its school year after school program and 130 during is Summer Music Experience. The Soulsville Charter School is an academic college prep school, for more than 650 middle and high school students. For more information log onto www.soulsvillefoundation.org

About the Les Paul 100th Anniversary

Les Paul was an innovator who inspired creativity throughout his life. As the inventor of the solid body electric guitar, multi-track recording, over-dubbing (sound on sound) and numerous other recording techniques, he left an unmistakable mark on the music industry for future generations. The year-long Les Paul 100th Anniversary celebrates Les Paul’s life and includes major events and programs, tours, promotional campaigns, education grants and marketing initiatives that will secure his legacy for generations.  The re-launched Les Paul Foundation website includes interactive opportunities with the late, great Les Paul as well as new merchandise. For more information and up-to-date schedules of the official Les Paul 100th Anniversary activities go to www.les-paul.com or www.lespaulfoundation.org