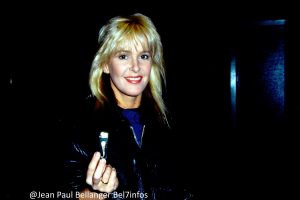 Headlining with Lita Ford and the gang tonight in Dubuque, IA at the Diamond Jo Casino, then rejoining the Halestorm – Lita Ford – Dorothytour on Tuesday in Huntsville, AL. Having a blast out here…

Apr 30 – Indianapolis, IN at The Egyptian Room

Here’s an old photo with longtime friend Lemmy.
Last night we honored him with a Lifetime Achievement Award from Bass Player Magazine at the annual ‪#‎BassPlayerLive‬ event. Congratulations Lemmy!

MONTREAL!
Next weekend we’re headed up to Canada for some shows. What a lineup this year at the HEAVY MONTRÉAL Festival!
Aug 8 – Montreal – Heavy Montreal Festival
Aug 9 – Toronto – Phoenix Concert Theatre