TARI TEENAGE RIOT curate in Berlin, the first of many events challenging the apathy of the dance floor and rise of Nationalism.

“A call to arms and sonic statement against an increasingly polarised world; Atari Teenage Riot return to Berlin on December 2nd.  As an exile of Brexit Britain, I’ve seen the wrong voices amplified stoking the flames of hatred many thought  were consigned to history.  Now we see the pattern spreading globally like a virus – nationalism rapidly eroding the fragile social progress we’ve come to take for granted. From Sam Cooke to Public Enemy, Nina Simone to Georgia O’Keeffe, creatives have long shown the power of art to shape and indeed change the world.  Art is the most powerful weapon all of us have to express ideas and thoughts that can only exist through our chosen medium.  With Burn Berlin Burn! Atari Teenage Riot have curated what will be the first of many events challenging the apathy of the dance floor.  This is not a promotional show or a stop on a tour, this is a necessary response to events we cannot just sit back and watch.”

*Zan Lyons is ATR’s visual artist since the band’s return in 2010 Atari Teenage Riot curate first of many events in Berlin challenging the apathy of the dance floor and rise of nationalism Atari Teenage Riot play a new show with live visuals. Expect a hyper speed sonic assault on the senses with ferocious political charge more relevant now than ever before Alec Empire will play a brutal DJ set of crushing shrapnel blast beats and noise Oake will bring their inimitable post industrial soaring dronescapes to the stage for the fist time in over a year.  Zan Lyons will perform a new audiovisual live show merging explosive beats and melancholic live viola with his hypnotic otherworldly films.  Blush Response will be performing a live set of blistering rhythms that punishes speakers and eardrums. 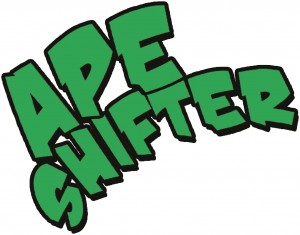 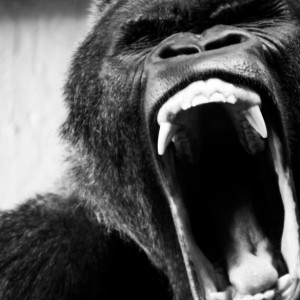 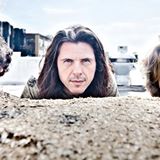 Hello Everyone    Here are the ALEX SKOLNICK TRIO tourdates.  Please put them on your websites  print them in your magazines  tell your friends  and send them to your print  radio  retail  and online partners.  Alex is available for interviews.  Press and photo accreditation also available.

New Sounds in the Old World

“Alex is not your average, everyday shredding guitarist. In reality, he defies categorization by musical genre.” (Making Music)

Though Alex Skolnick may be well known as the guitarist of the legendary thrash metal band Testament (which he joined at age sixteen, left in the early 1990s and returned to in 2005), these days, more and more recognize him as a “musician’s musician” for whom terms such as shredder, thrasher etc don’t paint the full picture. Describing him as a “genre-defying guitar hero” for a 2015 cover story, Making Music Magazine said: “Though he’s pretty much a household name in heavy metal, Alex is not your average, everyday shredding guitarist. In reality, he defies categorization by musical genre.” (Making Music, Jan 2015).

For evidence, one needn’t look any further than the Alex Skolnick Trio (AST). AST blends the conviction of rock with the elegance and sophistication of jazz. Conceived while Alex was pursing his jazz degree from New York’s New School University, AST are known for their sophisticated re-harmonisations of classic hard rock and heavy metal songs, along with originals whose depth, humour and character are enthralling to fans across the musical spectrum, achieving legitimacy in the eyes (and ears) of sceptics while converting first-time jazz listeners to the pleasures of music without mosh pits.

The trio’s 2011 album, Veritas, reached the Top Ten of the iTunes jazz charts at no.7, positioned between Dave Brubeck and Esperanza Spalding and was released via the esteemed jazz label, Palmetto Records.  Since their 2002 debut, AST has been honoured with 4 ½ stars by Downbeat, reviewed by Jazziz, The Village Voice, has charted on the Jazz Week radio charts and enjoyed its status among the greats as an NPR Jazz Daily Pick feature.

Fans of the group include international superstars Rodrigo y Gabriella., who have taken the trio on tour, and Metallica bassist Robert Trujillo (a noted jazz fan and producer of the upcoming Jaco Pastorius documentary) who joined the band for an impromptu jam at Radio City Music Hall. AST was also the main support band on Rodrigo Y Gabriela’s consecutive European and US tour in 2010, including five sold-out nights in London.