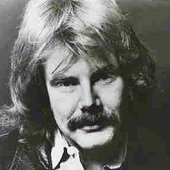 Mentor Williams (died 16 November 2016) was an American songwriter and producer. He is best known for writing “Drift Away“, a middle-of-the-road playlist classic performed by Dobie Gray in 1973. He is the brother of songwriter Paul Williams.

He has received an award from ASCAP for his 30 years of songwriting, and has earned 17 writing awards.

Williams maintained an office at Almo-Irving, in Los Angeles, as staff writer in the late 1960s. He produced for A&M, MCA, RSO and Columbia Records, commuting between Los Angeles, Nashville, and London. He worked at The Record Plant with Paul McCartney and Kenney Jones and at Apple Studios in London with Stealers Wheel and Gerry Rafferty. He produced Kim Carnes, John Stewart, Paul Williams (Mentor’s brother), and Dobie Gray, among others. Mentor was a post-production, re-mix engineer for The Muppet Movie, which won a Grammy Award and an Academy Award. He also worked on the Butch Cassidy and the Sundance Kid soundtrack.

Williams built a home overlooking Taos, New Mexico, which he shared with country music singer Lynn Anderson; the two were in a romantic relationship from the 1980s until her death in 2015.[1] He holds numerous songwriting seminars and lectures at the college level, in an attempt to help up-and-coming writers learn the craft of putting words and music together. He finds inspiration for his music in the New Mexico mountains, riding horses, and from his brothers, Paul Williams, Songwriter’s Hall of Fame inductee, and the late John Williams, a former NASA engineer who was awarded their highest honor, the NASA Distinguished Service Medal, in 1969.[2]