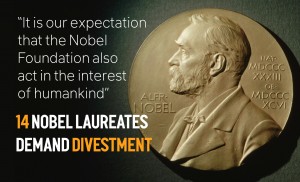 Today, 14 Nobel Prize winners and scientists have released an open letter [1] calling on the Nobel Foundation to divest its $420 million endowment from fossil fuels. 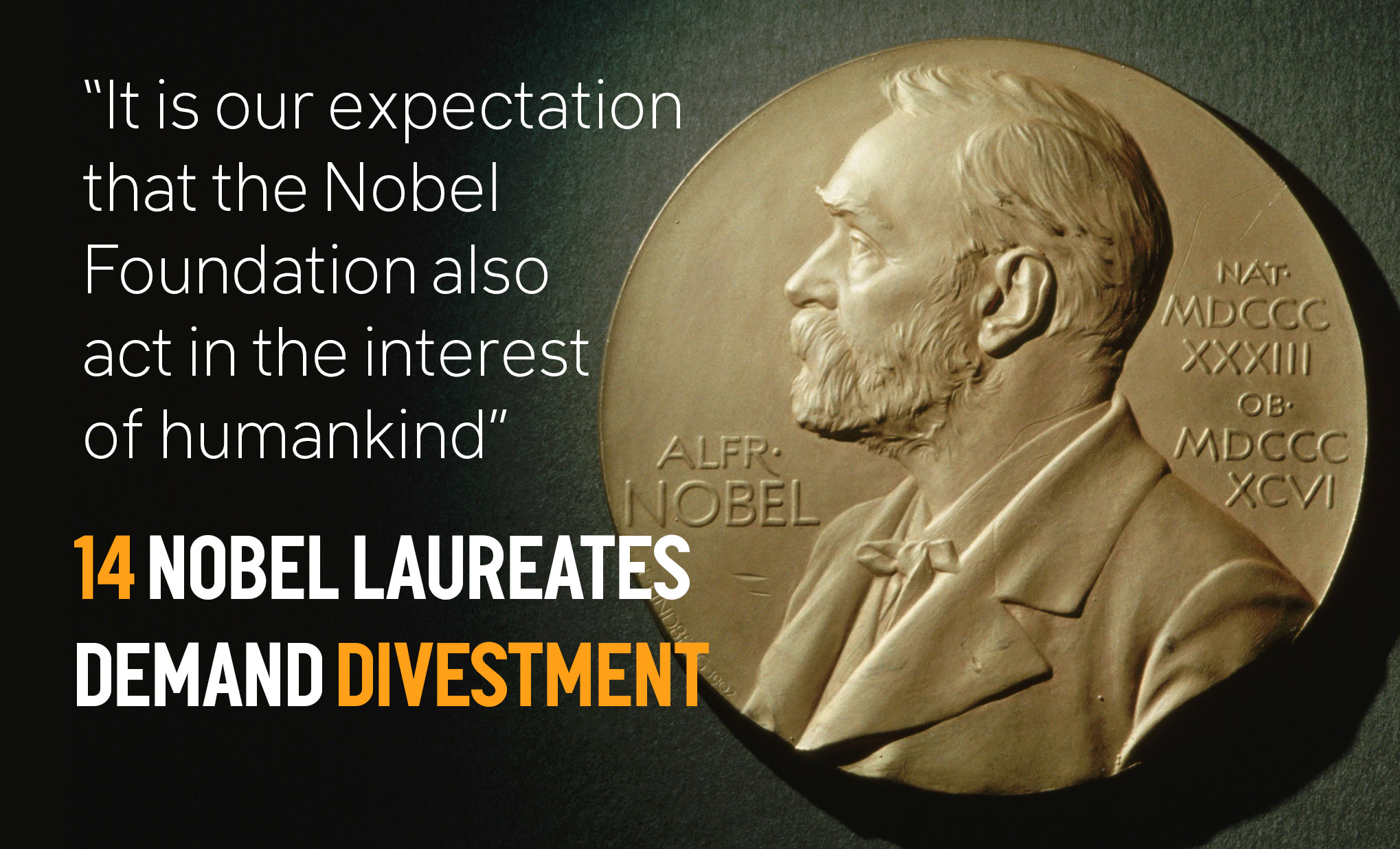 World-changing physicists, chemists, journalists, lawyers and authors of the IPCC report all argue that Nobel ‘should not profit from the destruction of our planet’s climate’. It’s hard to argue with that or with such a list of respected Nobel Laureates.
Let’s make sure the Nobel Foundation can’t ignore them: Tweet @NobelPrize or comment on their Facebook today to share the letter
The Laureates letter is well-timed — it comes just ahead of the annual Nobel Prize ceremony in Stockholm and Oslo this weekend.  With the world media watching, local activists from the Divest Nobel campaign will also be there to deliver our messages in person too.
There’s a particular irony that the Nobel Foundation – established to celebrate those who “shall have conferred the greatest benefit to [hu]mankind” – should be funding its activities from the profits of companies doing the most to threaten humankind like BP, ExxonMobil, Shell, Total and Lukoil among others.
“As laureates and scientists embracing Alfred Nobel’s final words, it is our expectation that the Nobel Foundation also act in the interest of humankind which includes caring for the health of the planet which we all rely upon,” the letter states.
Help us make sure the Nobel Foundation hears their message loud and clear – and add your own.
Thank you
Christian
On behalf of 350.org and the Divest Nobel team in Stockholm
– Nobel laureates and scientists call on Nobel Foundation to divest fossil fuels
– Text of the Laureates letter to Nobel Foundation, 7 December 2016.

Fossil Free is an international network of campuses and communities that are divesting from the fossil fuel companies that are causing the climate crisis. Connect with us on Facebook and Twitter, and sign up for email updates on our homepage.
You can unsubscribe from this mailing list at any time.