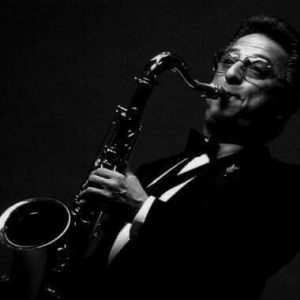 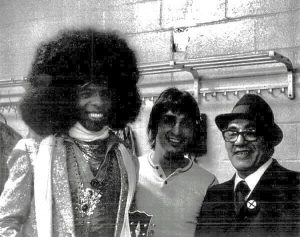 Pat Rizzo is an American saxophonist and flautist, best known for his work with funk band Sly and the Family Stone.

Rizzo started performing in the sixties with The Cufflinks. He is best known for his work as saxophonist and flautist with funk band Sly and the Family Stone[1] He was intended as a replacement for founding member Jerry Martini, who got into trouble with Sly Stone and his accountants for inquiring about money rightfully due him, but both Martini and Rizzo remained in the band and became good friends. He later replaced Charles Miller in War. During this period he also performed with Tito Puente and Frank Sinatra.

Rizzo is the credited as composer for the Sly and the Family Stone song, “Ha Ha Hee Hee”. During the recording sessions for the bands’ Small Talk album, Rizzo co-wrote the song with Jerry Martini.[5]

Rizzo was married to Kelli J Ball (Mickeliunas), an international fashion model. The couple divorced.[citation needed] He passed away on April 16th, 2021.