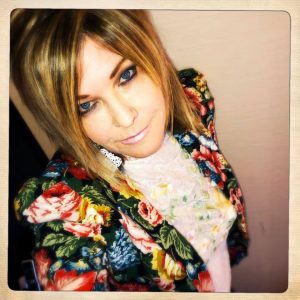 Patricia Conroy (born January 30, 1964) is a Canadian country music singer. In her career, she has released five studio albums and a one compilation album. Several of her singles have charted on the Canadian RPM Country Tracks chart, most notably her number one hits “Somebody’s Leavin’” and “What Else Can I Do” from 1994 and 1995.

Patricia Conroy was born on January 30, 1964 in Montreal, Quebec, Canada. Conroy was born to musical family which was influenced by her mother’s Maritime country background and her father’s Irish roots.[1] As a young girl her musical interests led to piano and vocal lessons and performances in a local church and with her family band, the Shamrock Ceili Band. In the late 1980s, Conroy hooked up with local musicians in Vancouver, British Columbia and eventually entered a Battle of the Bands contest. Conroy ultimately won and received $10,000, which gave her the opportunity to record demos of some of her original material.[1] By 1990, Conroy was approached by executives at Warner Music Canada, who signed her a record contract.

Her first album for the label, Blue Angel, was released later the same year. Two singles from the album, “This Time” and “Take Me With You”, both reached the top 10 in Canada.

Conroy’s second album, Bad Day for Trains, was released in 1992. It contained four top 10s, including “Bad Day for Trains”, “What You You Care”, “Blank Pages” and “My Baby Loves Me (Just the Way That I Am)“, later recorded by Martina McBride.

Her most successful album to date, You Can’t Resist, was released in 1994. The first two songs released from the album, “Somebody’s Leavin’” and “What Else Can I Do“, both reached No. 1. Follow-up singles “You Can’t Resist It”, “I Don’t Wanna Be the One” and “Keep Me Rockin'” all reached the top 10.

Conroy signed with Shoreline Records in 1998 for the release of her fourth album, Wild As the Wind. She continued her streak of hits with the songs “Direction Of Love” and “Ain’t Nobody Like You”. Her Greatest Hits was released two years later, along with the top 40 song “Nobody’s Fault”.

In 2005, Conroy returned with her new video, “When”, which was the first single off her new album. In 2007, Conroy signed with 306 Records/Angeline Entertainment for the release of her first full-length studio album in 9 years, Talking to Myself. Three singles have been released from the album so far, “When”, “Talking to Myself” and “Ray of Sun.”

In a statement made on her official website in June 2008, Conroy said she’s taking time to write songs for Lisa Brokop, Jimmy Rankin, Chad Brownlee and Michelle Wright for their upcoming projects. She has songwriting credits on The Rankin Family‘s latest album, These Are the Moments, released February 3, 2009. “Just By Being You (Halo and Wings)“, a song co-written by Conroy, was released by American country duo Steel Magnolia in 2010. Emerson Drive recorded Conroy’s “She Always Get What She Wants” for their 2012 album Roll and released it as the album’s fourth single in June 2013.