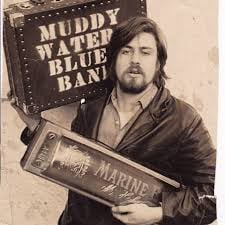 Oscher was born in Brooklyn, New York, United States. He was married to Pulitzer Prize-winning playwright Suzan-Lori Parks from 2001 to 2011.[2]

Oscher played harmonica as a member of the Muddy Waters Blues Band from 1967 until 1972.[3] He was the first Caucasian musician in Muddy’s band and lived in Muddy’s house on Chicago’s South Side and shared the basement with the blues pianist Otis Spann. Oscher recorded with Muddy for Chess Records,[4] and in 1976 he toured Europe with Louisiana Red. They both appeared at the WDR-TV music show Rockpalast. In 1999, he played with Big Bill Morganfield on his debut album, Rising Son. In 2003 Oscher was featured on harmonica, guitar and vocals on Hubert Sumlin‘s album About Them Shoes, along with Keith Richards, Eric Clapton and Levon Helm. In 2006, Oscher collaborated with Mos Def and recorded the song “Bed Stuy Parade and Funeral March” on Mos Def’s album The New Danger. In 2008 he recorded with Keb’ Mo’ on the soundtrack of a film about the blues, Who Do You Love?.

As a solo artist