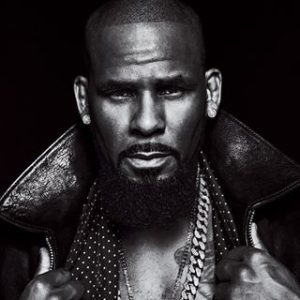 This week, Women of Color in the #TimesUp movement announced they were joining the Black-women led campaign to #MuteRKelly for good.1 For over two decades, Robert Kelly has been a predator.2 R. Kelly has sexually, emotionally, and mentally abused young Black girls and has gotten away scot-free3 while RCA, Kelly’s record label, continues to benefit from his tours, album sales and songs which glorify his abuse and assault of young Black women.All that needs to come to an end. Demand RCA drop R. Kelly from their label.

Ava DuVernay4, John Legend5, Questlove6, and Lupita Nyong’o7 are just some of the people who have come out to publicly support the #MuteRKelly campaign and we’re asking you to join them. Black girls matter. Their lives matter, their health matters, their stories matter. Color of Change strives to create a world where Black women and girls are supported, encouraged, and most of all, believed.

Studies show that as many as 60% of Black women are sexually abused by 18, and it’s because of a culture of normalizing and excusing the predatory actions of men like Kelly and companies like RCA who enable him.8

In a statement denying the allegations against him,9 R. Kelly not only insulted our intelligence, but he used the brutalization and terrorism our ancestors suffered at the hands of white supremacy as a smokescreen to avoid any accountability for his decades of predatory behavior by likening himself to a victim of lynching. But R. Kelly is finally starting to face consequences for his actions. His assistant, lawyer, and publicist all dropped him a few weeks ago.10 His time is up and we’re calling on RCA to do the same.

This week, a disturbing exposé proved what we already know. R. Kelly, famous singer and sexual predator, is still manipulating and sexually abusing young Black women and girls. This time, according to former members of his team, holding multiple women captive in his home–isolating them from their families, physically beating them for speaking to men, and hiring a den mother who trains them how to please Kelly sexually.1

Despite Kelly’s decades-long documented coercion and sexual manipulation of young Black women, including countless civil suits and a trial for 14 counts of child pornography, he’s never faced legal or financial consequences.2 In fact, RCA has relished in the publicity and intentionally popularized an image of R Kelly as a palatable sex symbol rather than the sexual predator he is. His well-documented pattern of grooming and abusing young girls didn’t stop him from selling over 60 million albums and he’s even currently on an extended national tour.  RCA promotes and funds his explicit music and they actually continue to brand him as “The Pied Piper” after the fairytale character who used his musical talents to lure children away from their parents.3 This is unacceptable–It’s past time for R. Kelly to stop making money off of songs which glorify his abuse and assault of young women like “Age Ain’t Nothin But A Number.” That’s why, along with UltraViolet, we’re calling for RCA to drop R. Kelly now.

Let’s be clear–there is no such thing as consensual sex between underage girls and grown men. And we unequivocally believe the countless young Black girls who have been harmed by Kelly over the years–not the 27-year-old man who illegally forged 15-year old Aaliyah’s age on their marriage certificate.4 We don’t care how many hits R. Kelly has made–he’s a predator who needs to face the consequences for his decades-long history of grooming Black girls for sexual abuse. Young Black women are valuable and need protection from sexual predators–not protection for sexual predators. Studies show that as many as 60% of Black women are sexually abused by 18.5 How long will we let this go on? We are tired of courts and juries being viewed as corrupt when unarmed civilians are killed by police; but infallible when a man is accused of sexual violence. We are tired of the criminalization of Black women brave enough to speak out about their sexual abuse. We are tired of the total lack of respect and dignity given to Black women and girls. Enough is enough.