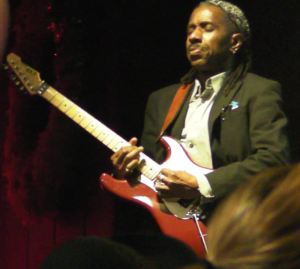 Ronny Drayton is a guitarist[1][2] currently based in the New York City area. He has also been involved recently in efforts to get his son, Donovan Drayton, out of the prison located on Riker’s Island.[3] In 2013 he contributed music to a benefit album to help recoup the legal fees involved in this fight. In late 2012, Drayton became the guitarist of 24-7 Spyz.

Ronny Drayton speaking at the Million Man Mosh in 2012