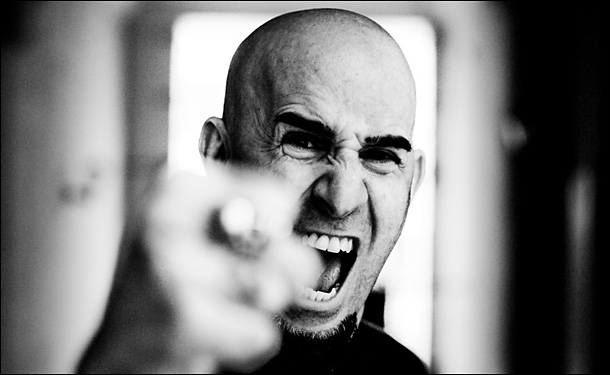 Anthrax guitarist Scott Ian believes that for every fan who’s bought new album Worship Music, as many as four have illegally downloaded it.

And he says filesharers should be denied access to the internet.

The thrash act’s long-awaited tenth album sold 30,000 copies in its first week of release in September. But Ian remembers a time when Anthrax sold five times as many records – and blames downloading for the decline.

Asked if he thinks a lot of fans stole the album, Ian says: “I don’t think – I know they did. People have this sense of entitlement now where thy think music is free and that’s the way it is.”

The guitarist maintains filesharing is the equivalent of stealing a CD. “Before the internet, the only way to steal music was to walk into a music store and physically walk out with something,” he says. “You were stealing and you knew it. If you got caught you were going to get into trouble.

Ian points out: “It’s not free for us to make these records,” and says the punishment should fit the crime.

“Why these service providers don’t stop the torrent sites and put a consequence on this, I have no idea. Everybody complains about the trillions of dollars being lost but nobody does anything about it.

“Believe me, if I could do something about it, I would.”

Reprinted with permission from RockNewsDesk