After 10 years of searching for representation, and 17 years of recording and promoting their music, “Stephen Foster & Howler” (Howler™) has signed agreements with Howard Covington management and Burbank-based SAG-AFTRA booking agent Spencer Aldridge. Included in the management team is well-known actor/author Jesse Barksdale, dealing with film/television/licensing. Foster’s “Indie Records” has welcomed Covington and Barksdale as part owners in the label, which specializes in retro Blues and Americana and is planning to include Mexican and South American Latin acts.
Howler™ includes slide master Jay Jernigan, Young monster drummer Evan Lane, new guitarist Christian White, and Bo Diddley bassist DelRay. Jernigan has been a fixture for 10 years, playing on all the 11 charted hits the band has produced in that time. Drummer Evan Lane was in the original Alabama Shakes startup group, and also plays extreme bass. Christian White is a prolific songwriter and speed demon, contrasting perfectly with Jernigans backwater power slide work. DelRay has been in several versions of Howler and played on half the hits.
Stephen Foster & Howler’s resume includes sharing the stage or studio
with Lynyrd Skynyrd, Bonnie Bramlett, Ricky Nelson, The Cars, 5th Dimension, Percy Sledge N.MS Allstars, Jerry Lee Lewis and other stars. SH&Howler classic hits are “Mighty Field Of Vision Anthem” “Mad As Hell” ”Mama’s Goin Dancin’ (When The Train Comes Home)” “She’s Gone” “50 Feet From A Mango Tree” “Tied Up In The Blues” “Dixieland” “Truckin’ Man” “SEX!” “Medicine Man” “Shake Your Boogie-Woogie” and “Changing Times.”

Raised in Muscle Shoals, Alabama, working on a farm as a kid, cutting his musical teeth behind chicken wire and whiskey glasses, Stephen Foster has been Tied Up In The Blues for most of his life. In the Summer of ‘69, 19 years old, he went to LA to audition for the New Folk. Came back home that Fall and went to work playing in Percy Sledge’s studio section. Wrote for Percy & Lynyrd Skynyrd, played in rock bands, endured the studio system, signed to labels, finally went Indie in ‘79, starting Whitehorse Records, which immediately had a hit with “For The Love Of A Girl” which charted in Cashbox and made “Cashbox Pick Of The Week” in June of ’79.
Since then, he has recorded and written Blues and Southern songs, and played in every kind of roadhouse, concert stage and bar imaginable, from Californiato Michigan to SW Florida.
Howler came into being in 2000, immediately releasing the hit “Mighty Field of Vision Anthem” followed by AMA Top-40 album “Howl At The Blues” in ‘07.
CMA nominations followed for ‘10 album “Howl At The Moon.” “Tied Up” in ‘13 and “Mango Tree” in ‘14 charted globally. Their latest release is “Boogie-Woogie & Blues” currently on the Americana Charts for 21 consecutive weeks.
Foster is an example of someone who never ever gives up, never gives in. As a child, he survived scarlet fever and a broken tailbone, prostatitis and epilepsy, got hooked on barbiturates prescribed for the epilepsy. Almost died on the table in a private clinic in 1981 kicking the barbs cold turkey. Wrecked a Jaguar XKE convertible upside down in a creek in 1978, breaking his neck, back, and his hips into 5 pieces. Learned to walk again. In 1986 he fell into a shower stall and severed his left hand, which was reattached and still is mostly numb, although he now plays keys and guitars professionally.
Once considered one of the rising stars of Southern music (turned down a permanent position on Hee-Haw because he didn’t consider himself a “Country” artist) and signed with major labels, he eventually went Indie and never has looked back.
Part owner of IDNMusic.com, the world’s first and largest Indie music promotional platform and the first to stream audio on the net, the folks at IDNMusic coined the term “Bust the Majors.” He contributed heavily to the formulation of CDBaby (Derek Sivers was also on the board of directors with him at IDNMusic.) He has continually worked to create new income stream avenues for Indie musicians.
Now owner of Cathead Blues Radio Promotion and Indie Records™ in Muscle Shoals, Alabama, he tours with Howler™ and continues to promote great Indie music to great Indie radio stations worldwide.
Howler™ tours nationally and records on a regular basis at Foster’s Howler Recording Studio in Alabama. 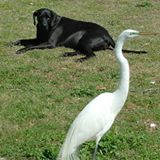