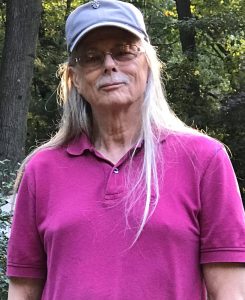 Steve Farmer (born December 31, 1948) is an American guitarist, composer and lyricist best known for his composition with Ted Nugent in 1968 titled “Journey to the Center of the Mind”. It was performed by their group The Amboy Dukes. Farmer wrote the lyrics to this iconic hit song, which peaked at #16 in the charts. He also co-wrote with Nugent or self composed, twenty two compositions to help complete the first three albums created by The Amboy Dukes.

The Dukes first offering was their self-titled album The Amboy Dukes which charted. It featured their first charting single “Baby, Please Don’t Go“, an intense cover of a Big Joe Williams song. The second album was Journey to the Center of the Mind a psychedelic rock opera that was their highest charting album and produced their most commercially successful single. The third album was Migration. Although not a commercial success, it showed a refinement of both Farmer’s songwriting skills and Nugent’s songwriting and guitar skills. All three albums (released by Mainstream Records) featured Farmer touches in words and music that emphasized psychedelic imagery, so central to late sixties pop culture.

In 2000, Farmer completed work on his new millennium “journey”. The album is titled Journey to the Darkside of the Mind and was released by Saint Thomas Records. Fellow Amboy Dukes member Rick Lober contributed to the album. It was produced by Victor Peraino, who is known for his innovative work on the Mellotron with England’s Arthur Brown.

At the 18th annual Detroit Music Awards on April 17, 2009, the original lineup of The Amboy Dukes performed on stage for the first time in thirty years. On stage at The Fillmore Detroit were Nugent on lead guitar, Farmer on guitar, John Drake on vocals, Andy Solomon on keyboards, Lober on keyboards and Bill White on bass. In recognition of the band’s contribution to rock music history, they received a Distinguished Achievement award.[1]