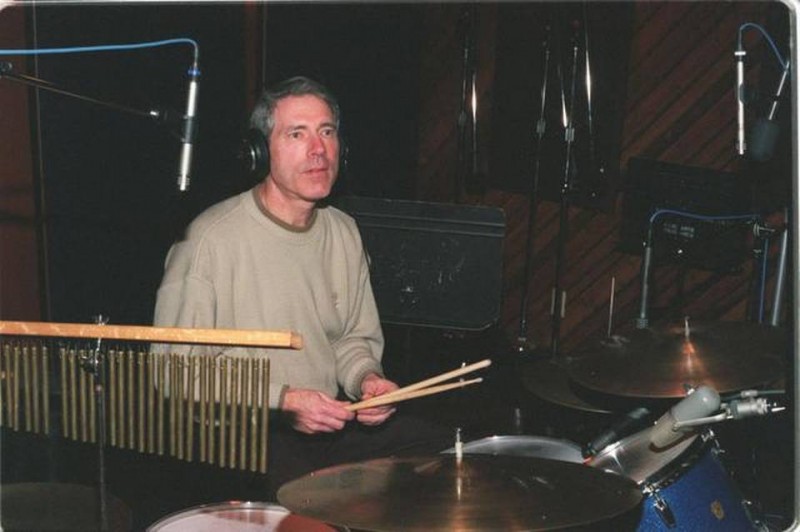 Drummer Tommy Ruskin, a longtime staple of the Kansas City jazz scene known for his sense of humor and jam sessions throughout the region, died Thursday after a yearlong illness. He was 72.

His death is a blow to the jazz community, said friend and internationally known jazz guitarist Pat Metheny, who grew up in the Kansas City area.

“Besides being the best Kansas City drummer of the past 50 years, Tommy was also one of the greatest musicians I have ever known,” Metheny said in an email.

“In every way, Tommy was the complete package; perfect time, the most beautiful touch imaginable, an elegant technique on the instrument and a true improvisational storyteller in his solos.”

Metheny said he started playing with Ruskin when he was 14 or 15 years old.

“And I trace the essential knowledge that I acquired from Tommy in the areas of groove and form as the foundations of everything that I have built on over the years,” he said.

“This is a major blow to all of us who loved him, and the KC jazz community has lost a major force.”

Ruskin’s career spanned decades, beginning as a teenager when he was performing six nights a week. He later played with such jazz greats as Zoot Sims, Al Cohn, Clark Terry, Scott Hamilton, Gene Harris, Bill Watrous, Carl Fontana and Billy Eckstine. For 20 years, Ruskin was involved with the Topeka and Kansas City jazz workshops. He was performing several nights a week until he became sick last year.

The husband-and-wife team often performed together, including 15 years at the Majestic Restaurant. In the summer of 2006, they were part of a Pulitzer Prize-winning photo exhibit at the American Jazz Museum featuring the pillars of Kansas City jazz.

Mike Metheny said he and his brother had known Ruskin for years.

Pat Metheny would jam at the Ruskins’ house when he was a teenager.

“Tommy was one of the very first important KC jazz musicians who Pat played for when he was just a kid,” Mike Metheny said. “That was really huge for Pat to get to play with Tommy.”

Until Ruskin got sick last March, Turner said, “he was playing better than ever.”

“He’s really a Kansas City legend. He led these jam sessions, starting at the Levee, then at Plaza III and Jardine’s on Saturday afternoons, which provided a lot of opportunity for musicians of all ages to perform,” she said.

Musicians around the country respected him.

“Jeff Hamilton, who was his favorite drummer — nationally known — when he was passing through on his way to Topeka, he heard Tommy was ill and he (Hamilton) had someone drive him out to the house to see Tommy and tell him he loved him,” she said.

Turner said her husband was invited to play with big names in New York City but chose to stay in the Kansas City area.

“He was also asked to join the New York Jazz Quartet with Roland Hanna. I really think (Tommy would) have been a huge world star had he gone. But he was a star here, and he had family roots here,” she said.

A memorial service is planned for 2 p.m. Tuesday at Johnson County Funeral Chapel and Memorial Gardens, 11200 Metcalf Ave. in Overland Park. Visitation will be at 1 p.m. The family is considering having a memorial jam later.

Stan Kessler, a veteran jazz trumpeter, posted a tribute to Ruskin on Facebook after learning of his death.

“We all lost a true icon of the jazz world today,” he said, calling Ruskin “the swinginest drummer I ever played with.”

“He was a mentor to so many musicians, not just drummers,” Kessler, of Kansas City, said. “Countless were his minions and admirers, including some of the top drummers in the world.”

For decades, Kessler said, Ruskin “set the example for all players as to what laying down a groove was all about.

“He was so easy to play with! Many times on gigs I would see drummers kneeling at the foot of the master, learning by example. He was the template by which all other local jazz drummers were compared.”

Ruskin always had time to give advice to those who asked for it, Kessler said.

“With Tommy, you always knew where you stood, musically and personally. I loved that about him. He was smart, generous, witty and charismatic. Oh, and did I say handsome?”