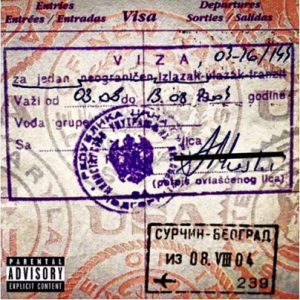 April 11th, 2016  – VISA, the newest single from emerging Hip Hop Artist Callistus, produced by Woodro Skillson of the Headbangaz is now available on iTunes, Spotify and Tidal.  Listen to the track on Soundcloud here: https://soundcloud.com/callistus/visa-prod-by-woodro-skillson

Fresh off the heels of a successful opening performance for Young Dolph’s pop-up show at Subrosa in New York City’s Meatpacking District, Callistus has dropped his new single “Visa”. The song’s bassy bounce and catchy hook are a perfect match for the club, but after first listen, the lyrics are what will make this song a stand out in time for the summer.

In Visa whose lyrics are currently available on Genius, Callistus compares himself to an immigrant taking his shot at the American Dream by being allowed to be here through an occupational visa. It’s an interesting dichotomy because Callistus sprinkles and discusses different areas of the world throughout the song. So while outsiders see the U.S. as where they need to be to attain success, Callistus claims he’s “…dreaming and thinkin’ bout Tel Aviv, as long as you get your sh*t overseas, haters see salt like the seven seas.” This essentially is his desire to be worldly while his competitors worry about being well-known locally. It’s an outlook that expresses the very lofty expectations he has for himself.

Pronounced (kə-LIS-təs) derived by Greek name (Kallistos) meaning “most beautiful”. Callistus currently lives in New York City. The 29-year-old Rapper, born July 16th, 1987 is of Nigerian decent. His rapping career began professionally in 2014. Get to know the rapper by visitingwww.Callistusss.com. Get to know him via Instagram, Twitter, Facebook, Spotify and YouTube