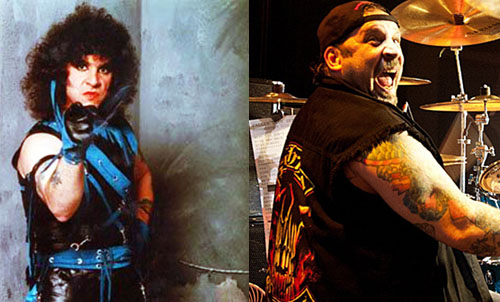 He went to St. Peter’s Boys High School in Staten Island, but left because the faculty made him cut his hair. He then went to New Dorp High School and graduated in 1977. He was initially a jazz drummer, later gravitating to heavier music akin to Rush and Led Zeppelin.

He was also a member of Ozzy Osbourne Cover Band No More Tears which is well known around Staten Island, New York.

On December 3, 2013, Pero was announced as the new drummer of the band Adrenaline Mob.[2]

On March 20, 2015 It was announced on Twisted Sister’s Facebook page that A.J. had passed away in this statement: “The members of Twisted Sister are profoundly saddened to announce the untimely passing of our brother, AJ Pero. The band, crew and most importantly the family of AJ Pero thank you for your thoughts and prayers at this time.”[3] Pero’s band was travelling from Baltimore to Poughkeepsie when he died.