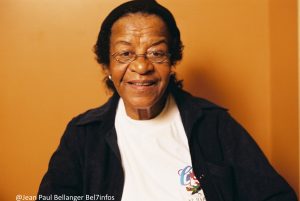 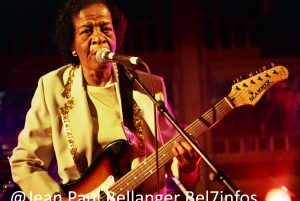 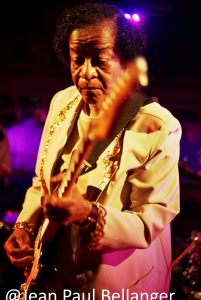 When Watkins was approximately 12 years old, her family moved to Commerce, Georgia. She began playing music as a schoolchild, and then in high school, she played bass for a band called Billy West Stone and the Down Beats.[4] In approximately 1959, her junior year of high school, she was introduced to Piano Red, who had a daily radio show on WAOK, and she subsequently joined Piano Red and the Meter-tones, who played in a number of towns in the Atlanta area, and then Atlanta clubs such as the Magnolia Ballroom and the Casino, before starting to tour throughout the southeast, primarily at colleges.[5] About the time the group renamed itself Piano Red and the Houserockers, they started touring nationally.

After the breakup of the band in approximately 1965, Watkins played with Eddie Tigner and the Ink Spots, Joseph Smith and the Fendales, and then with Leroy Redding and the Houserockers until the late 1980s. Subsequently she has been based in Atlanta, a well-known fixture at the Underground Atlanta.

Watkins, who not only had a long and continuous musical career, but worked with artists like James Brown, B.B. King and Ray Charles, was well known for years within the blues community. However, like many roots musicians, she found it difficult to crack the airwaves,[3] and achieved recognition much later in her career, after the advent of the internet made it possible for musicians not backed by major labels to be heard by a wider audience. She was re-discovered by Music Maker Relief Foundation founder Tim Duffy, who started booking her in package shows, and in 1998, with Koko Taylor and Rory Block, was part of the all-star Women of the Blues “Hot Mamas” tour.[6] Her 1999 CD debut, Back in Business, earned a W. C. Handy Award nomination in 2000.

Watkins was playing internationally (for example, the Main Stage at the Ottawa Blues Fest in 2004)[7] as well as in her hometown Atlanta[8][9] until temporarily sidelined by surgery in 2005, but is recovered and taking bookings. She performed a set at the 2008 Cognac Blue Festival.