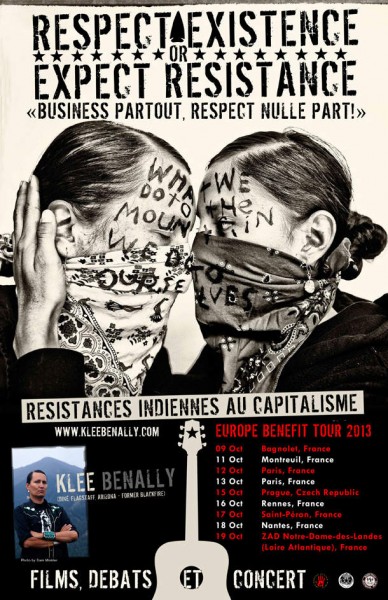 Benally was born in 1975. His parents are Jones, a traditional Navajo medicine man, and Berta Benally, a folk singer and songwriter born to Russian-Polish Jewish parents. His sister is Jeneda and his brother is Clayson. They are Jewish born for Navajo. On their father’s side they are of the Wandering People, and born for the Bitter Water Clan. Together they grew up in Flagstaff, AZ but their father is from Black Mesa, Navajo Nation. Klee now lives with his wife, Princess, in Flagstaff, Arizona.[4]

Klee, Jeneda, and Clayson formed the punk band, Blackfire in 1989. They have toured internationally.[4] They incorporate aspects of traditional Navajo music in their songs.[5] They were also influenced by bands such as Ramones, Dead Kennedys, Subhumans, Crass, Bad Brains, and other punk bands.[6] The name refers to the pollution, especially from coal mining, on the Navajo Nation.[7]

Benally has made many documentary shorts.[3] He directed a documentary called “The Snowbowl Effect,” which addresses proposed ski area development on Arizona’s San Francisco Peaks.[8]

He was also the coordinator of the southwest Native American Film and Video Festival at the Museum of Northern Arizona in 2004 and 2005. He has co-founded grassroots projects such as the Taala Hoghan Infoshop, Indigenous Action Media,[9] Outta Your Backpack Media Project, Flagstaff Activist Network and the Save the Peaks Coalition.[1] “Our generation has a whole lot of anger,” says Benally. “We can try to turn negative into positive, be productive.”[10] In May 2010, Klee was part of a direct action where he and 5 others locked down at Tucson Border Patrol Head Quarters to protest border militarization on Indigenous lands and SB-1070.

He won numerous awards for his art at the Heard Museum in Phoenix and was the first student to win Best Show at the Navajo art show at the Museum of Northern Arizona in 1991. In 2010, Benally was awarded the Livable Community Award by a Flagstaff community group for his work for social and environmental justice.[1] 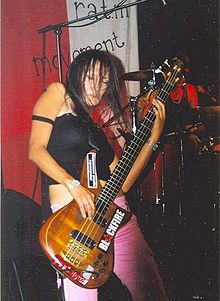