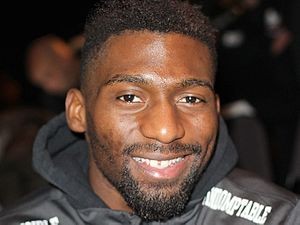 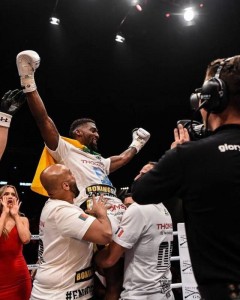 Cédric Doumbé is a Cameroonian kickboxer fighting out of France. He is a prospect kickboxer of the welterweight division, holding a notable victory over Murthel Groenhart[1] and a controversial loss against the Chinese kickboxing sensation Fang Bian.[2] As of 28 September 2016, he is ranked the #1 welterweight in the world by LiverKick.com. He is the current Glory Welterweight World Champion.[3]

Doumbe made the first successful defense of his Glory welterweight title at Glory 39 on March 25, 2017 in Brussels, Belgium. He defeated Yoann Kongolo by unanimous decision.[4]

TAX BROTHERS And The Old RACOON