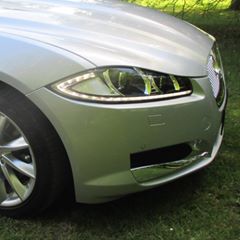 A world-renowned photographer, an unusual car and a respected entrepreneur, all added up to the launch of a new book: Rock ‘N’ Roll and Fast Cars Volume II.

The launch was held at the Royal Automobile Club in Pall Mall on Friday 27th April; the photographer was Martyn Goddard, who has been shooting cars and rock bands for more than 30 years; the unusual car on display in the club´s rotunda was a rare 1952 Mercedes 220A Convertible painted by Hiro Yamagata and is believed to be the first car from the artist’s collection Earthly Paradise to ever be on display in the UK; and the entrepreneur was Mike Pickles, who set up the Really Useful Products company known for their “Really Useful Box” and has sponsored both volumes I and II of the book.

The book is an eclectic mix of photographs of some of the most famous bands and rock artists in the world combined with the most iconic cars and drivers, and show a lifetime behind the lens.

The music part is narrated by Martyn and is a fast moving summary of each assignment featured along with the resulting images of artists such as Blondie, The Jam and The Cure to name just a few.

The fast cars section combines text from the magazine articles with the images Martyn took.  This in itself is a great history of the evolution of photo journalism as the earlier text seems so dated and slow moving with a greater emphasis on the photography equipment used in contrast to the current style of fast moving text just supported by the image.

Martyn studied photography at Harrow College and after graduating in 1974 assisted various leading photographers before going freelance. He became part of the new wave music scene in the 1970’s working with famous and upcoming artists at the time. He was invited to contribute to the Sunday Telegraph Magazine and was given the opportunity to work with some of the greatest artists and personalities of the time.

Taking pictures for Octane, Automobile Magazine and other motoring publications, Martyn has worked on wide ranging automotive and travel stories. He has been commissioned to provide images for some of the great marques and has taken part in numerous road trips which have resulted in amazing photo features like McLaren across America, which is featured in this latest book.

Mike Pickles, CEO of the Really Useful Products who has published both volumes, said: “Martyn is a truly interesting and clever guy, with a great eye for an image.

“When we were talking about his first book I suggested we called it volume I. Martyn thought this was too pretentious, so we left it off. On completion it was apparent there was so much good quality work not included that it lead to volume II, which continues to show a lifetime’s work with both bands and cars.”

He added: “Martyn has worked for some of the great bands and manufacturers over the years, but is totally unassuming about the people he has met as well as his talent.

“From time to time he would casually talk about the people he had worked with over the years. A great example of this was when he told me that he had worked through the night to get pictures ready for a George Michael obituary being written by one of his clients.

“Martyn is a great person to be around and to work with. If you are interested in Fast Cars and Rock N Roll; you won’t be able to put it down.”

The evening also served as a preview of A car collection in Yorkshire, a new book to be published in September 2018 featuring images from Martyn and cars from the collection of Mike Pickles, founder and CEO of Really Useful Products. This mix of images of beautiful cars in magical Yorkshire settings precedes a purposefully designed visitor centre and museum in Yorkshire that is in final planning stage with building expected to start later in 2018.

Mike Pickles added: I am thrilled by a fantastic book, especially from a distinguished and varied photographer and I look forward to future opportunities from such a prolific artist.

Rock ‘N’ Roll and Fast Cars Volume II is available to order online from www.martyngoddard.com or www.rupbook.com for £35. Volume I and Volume II can be bought together for £55, including free delivery.

Note to editors:
Caption for the Picture: Julie Walker, Sales Director for Really Useful Products Ltd, who sponsored the book with Martyn Goddard and the Mercedes 220A covetable painted by Hiro Yamagata at the book launch at the RAC Club in London.