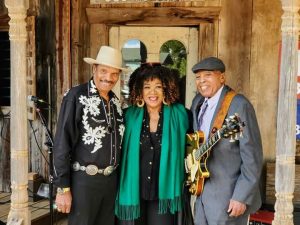 Milton Hopkins, 84, plays the guitar during a portrait session, Thursday, Feb. 22, 2018, in Houston. Hopkins is one of Houston’s last living ties to its regal blues history, having played around the city for parts of seven decades. He played with BB King, and backed Little Richard, Sam Cooke and many others. Hopkins was also at City Auditorium in Houston on Christmas 1954 when R&B star Johnny Ace lost a game of Russian Roulette. ( Jon Shapley / Houston Chronicle )