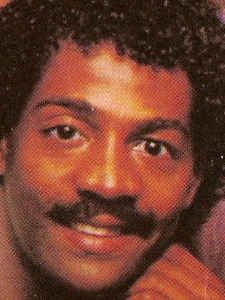 Ronald Nathan Bell a.k.a. Khalis Bayyan,[1] (born November 1, 1951) is an American composer, singer, songwriter, arranger, producer, and co-founding member of Kool & the Gang. He is also the father of singer Rachid “Rasalus” Bell, who often performs under the stage name Ra.

He was born Ronald Bell in Youngstown, Ohio, United States[2][3]) to Aminah Bayyan (1932–2014) and Robert “Bobby” Bell (1929–1985) a professional boxer and former golden gloves amateur boxing winner,[4] who traveled extensively on the boxing circuit throughout the 1950s and 1960s. In the segregated South, black musical acts and boxers on tour would often find themselves in the same accommodations, town after town, and Bobby would often bring home his jazz friends’ recordings. It was during those years on the road that Bobby became buddies with Miles Davis, and a roommate to Thelonious Monk.

“It was those albums that my dad brought home that drew me to jazz,” says Khalis. “As I child, I was influenced by Miles Davis, John Coltrane, and Cannonball Adderley. I taught myself how to play saxophone by copying records by Lee Morgan, Art Blakey, and Wayne Shorter.”

The family moved to Jersey City, New Jersey in 1960. In 1964, the young Ronald Bell and his brother, Robert “Kool” Bell joined neighborhood friends Spike Mickens, Dennis Thomas, Ricky Westfield, George Brown, and Charles Smith to create a unique musical blend of jazz, soul and funk. At first calling themselves “The Jazziacs”, the band went through various name changes– “The New Dimensions”, “The Soul Town Band”, and “Kool & the Flames” before settling on their famous moniker, Kool & the Gang. Kool & the Gang officially launched in 1969 and is known today as true Funk, Soul, and R&B legends.

He has composed, and arranged, produced, and performs some of the most popular music of all time.[5] A self-taught musician, Khalis’ signature sound can be heard on the bands unforgettable horn lines, bass, synthesizer and vocals. He has written and produced many of the bands iconic songs including “Celebration”, “Cherish”, “Jungle Boogie”, “Summer Madness”, and “Open Sesame”. The band has earned two Grammy Awards, seven American Music Awards, 25 Top Ten R&B hits, nine Top Ten Pop hits and 31 gold and platinum albums to date.

Bell is Muslim, and was given the name Khalis Bayyan by Imam Warith Deen Mohammed.[6]