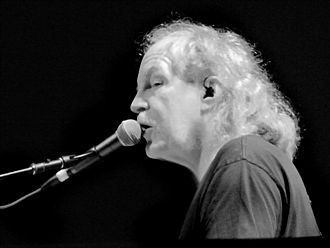 We are very saddened at the passing of our dear friend and longtime band mate, Jimmy Greenspoon. Jimmy died peacefully at home today surrounded by his family. Please keep him and his loved ones in your prayers and your hearts.

Jimmy Greenspoon (February 7, 1948 – March 11, 2015) was an American keyboard player and composer, best known as a member of the band Three Dog Night.

Greenspoon was born in Los Angeles, California, and raised in Beverly Hills. His musical training began at the age of seven with classical piano lessons encouraged by his mother, Mary O’Brien. O’Brien was a silent screen actress,[1] who had film roles including the wife in Buster Keaton‘s 1926 movie, Battling Butler. Greenspoon attended Beverly Hills High School along with Richard Dreyfuss, Bonnie Franklin and his childhood friend – eventual Academy Award winningproducer, Michael Lloyd. Lloyd and Greenspoon had their first chart success with the surf group, The New Dimensions, in 1963. Greenspoon attended the Los Angeles Conservatory of Music, and studied with west coast piano instructor, Harry Fields.

Greenspoon worked on the Sunset Strip in the 1960s with the groups Sound of the Seventh Son and The East Side Kids. His bands held residence at The Trip, Stratford on Sunset (now The House Of Blues) Brave New World, Bidos Litos, Ciros, and The Whiskey.

In late 1966, Greenspoon moved to Denver, Colorado, with the members of The West Coast Pop Art Experimental Band and formed the group Superband. In 1968, Greenspoon moved back to Los Angeles, where he met Danny Hutton, and subsequently formed Three Dog Night.

Greenspoon served as an Entertainment and Media Consultant with the Murry-Wood Foundation and composed original music for the movies Fragment, produced byLloyd Levin, United 93, Hellboy, Watchmen, Field of Dreams, Predator, and Die Hard. He collaborated with the composer Neil Argo.

In 2000, a Golden Palm Star on the Palm Springs, California, Walk of Stars was dedicated to him.[3]

In 2014, Greenspoon was diagnosed with metastatic melanoma, and stopped touring with Three Dog Night.[4] He died of cancer in North Potomac, Maryland, at the age of 67.[5]