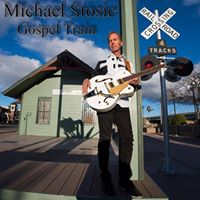 Artist & Humanitarian Michael Stosic is well on his way…….

Michael Stosic’s musical career began back in 1986 in the Gospel music world when he recorded his first Contemporary Christian album titled “Brand New Love”, which became an instant hit with listeners in the USA. Soon after the release of his debut album, Stosic’s second album “Symphony of Praise” reached listeners in 118 other countries! The success & response to Stosic’s songs in the Christian music world became evident to him after the release of his third studio album “Psalms of the Heart” in 1992, where he started receiving letters and phone calls from fans across America who praised him for his masterful creations.

A decade after the release “Psalms of the Heart”, Stosic was invited to Zimbabwe to participate in concerts for the native people; touring the land & making a stop to sing for children at an orphanage. Upon returning back home to the United States, he was saddened to receive a call from the pastor running the orphanage informing him that 3 of the children he had interacted with had passed away from malnutrition. Overwhelmed by the heaviness of the news, Michael decided to get more involved with the country of Zimbabwe & the children that live there. He teamed up with the Indiana based non-profit organization Feed The Nations and The River Christian Church in Reno & with their help he took part in getting a shipment of 286,000 meals sent to Zimbabwe for the people in need. Much success continued to follow Stosic on his musical journey throughout the years.

This May, Stosic released his tenth Gospel album called “Gospel Train” which includes his hit singles “I Believe” & “He’s Alive”  through the the assistance of renowned celebrity publicist Danie Cortese @ www.daniecorteseent.com . “Stosic is one of the most talented & giving individuals I’ve had the pleasure of promoting. I forecast big things for him.” says Cortese. Be sure to visit him soon, he’d love to hear from you!