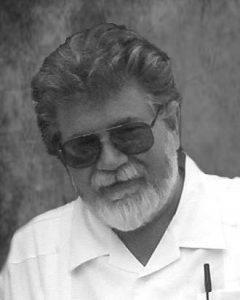 He grew up on a small dairy farm in Casco. Bob was a natural bandleader from his beginning rock band “The Infinitors” to his Chicago Urban Blues Band, “The Bob Riedy Blues Band.”

Bob settled in Chicago in the late 60’s when his musical interests shifted from Rock to Chicago Urban Blues. He became an accomplished Blues pianist having learned to play mostly by ear listening to recordings of Otis Spann and with lesson from Erwin Helfer. Bob performed with many Blues legends, both on stage and in recording studios, including Johnny Young, Carey Bell, John Littlejohn, Eddie Clearwater, Chuck Berry, Koko Taylor and so many more Chicago greats. Bob recorded for Alligator Records, Flying Fish, and his own label Chicago Sound Enterprises. He was also a guest artist on other labels, including Capital Records.

Bob was instrumental and is credited with bringing the Blues to the North side of Chicago. He created a North side club circuit that kept Blues musicians employed on a weekly basis. The club circuit regularly included Wise Fools, the Attic, Biddy Mulligans, and the Peanut Barrel. His leadership, drive and piano skills were second to none.

In the late 1970s Bob stepped away from music to care for his family, working as an accountant in the family business for years. His first love was always music. He enjoyed working with the Chicago Blues Festival and performing in special shows throughout the years, at home he continued to play and work on music.

He enjoyed spending time on his hobby farm. He was kind, funny, compassionate, honest and sincere. He is loved by his family and friends. He will be missed.

Online Condolence messages may be shared at www.wiesnermassart.com.