B. Smyth nous a quittés RIP 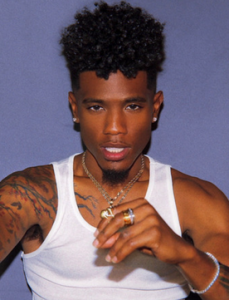 Smith was born in Fort Lauderdale, Florida. He started out his career by posting his own covers of popular songs on YouTube, including “Stay” by Rihanna and “Quickie” by Miguel, in which some of his covers he posted have received over 500,000 views. His videos led to him performing at various high-profile talent shows, where his style drew comparisons to prominent artists Chris Brown and Usher.[1]

Smyth released his first EP, The Florida Files, on October 15, 2013, featuring his second single, “Win Win” featuring Future. The song was produced by Mike Will Made It and Pluss.

Smyth switched record labels from Motown to ByStorm Entertainment and RCA Records. On December 4, 2015, he released his first single with ByStorm and RCA, “Creep” featuring Young Thug. The song was produced by Dun Deal.[3]