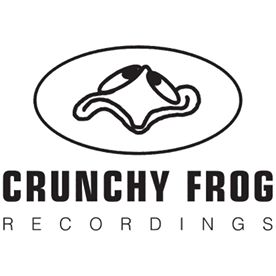 https://www.youtube.com/watch?v=JvGJoNkOiI0https://www.youtube.com/watch?v=pB4yGtnSayc&index=1&list=PLNXhezV4jSPHvgsJZlZb3Cli4mWep-PUC
Danish Leather Zombie Duo – PowerSolo – Unleash The ‘Real Sound‘‏
What do you think of when you hear the name “PowerSolo”? ‘Round Denmark way, the moniker apparently conjures the trash-rock psychobilly legacy of Hasil Adkins, the Cramps, and Southern Culture on the Skids. PowerSolo may be a power duo, but in this case, the prog-metal acrobatics of Rush are replaced with something they call “donkey punk.” Two tremolo-loving chicken-scratch rail-thin guitarists, Kim Kix and the Atomic Child. It would’ve been well enough had Powersolo hailed from the Land of NASCAR, but the fact that this exercise in B-movie punk-a-billy is coming from Aarhus, Denmark, adds plenty of delicious cognitive dissonance.
So far they have been the masterminds behind five albums, a soundtrack, a 10”-split with Heavy Trash, two 7”-singles and several contributions to compilations. They are hardworking and dedicated people who wake up every morning just to play music. Maybe that’s why PowerSolo never stop touring but always have a new gig planned somewhere in the world.

Their new album, The Real Sound, is a return to the roots of PowerSolo. But this time they dig deeper than ever and deliver a string of catchy tunes with crazy lyrical hooks that could have been one hit wonder 7-inches back in the 50’s, 60’s or even the 70’s. They are the type of songs that could be found on the Las Vegas Grind and Nuggetscompilations. Again, the skinny brothers produced the album along with the crisp team of brothers, Jesper Reginal and The Great Nalna (The Tremolo Beer Gut etc), who also produced both the “It’s Raceday …” and “Egg” albums. The result is nothing short of legendary.