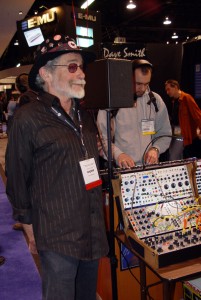 I just read the sad news about the passing of Don Buchla who was a pioneer of analog modular synthesizers. RIP Don

Donald Buchla (April 17, 1937 – September 14, 2016) was an American pioneer in the field of sound synthesizers, releasing his first units shortly after Robert Moog‘s first synthesizers. However, his instrument was arguably designed before Moog’s.[1]

Buchla formed his electronic music equipment company, Buchla and Associates, in 1962 in Berkeley, California.[5] Buchla was commissioned by composers Morton Subotnick and Ramon Sender, both of the San Francisco Tape Music Center, to create an electronic instrument for live performance.[3] Buchla began designing his firstmodules for the Tape Music Center in 1963. With partial funding from a Rockefeller Foundation grant made to the Tape Music Center, Buchla assembled his modules into the Buchla Modular Electronic Music System (later known as the Series 100), which he began selling commercially in 1966. Buchla’s synthesizers experimented in control interfaces, such as touch-sensitive plates. In 1969 the Series 100 was briefly sold to CBS Musical Instruments, who soon after dropped the line, not seeing the synthesizer market as a profitable area.[6] 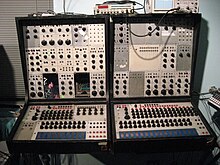 Beginning in the 1990s, Buchla began designing alternative MIDI controllers, such as the Thunder, Lightning, and Marimba Lumina. With the recent resurgence of interest in analog synthesizers Buchla has released a revamped 200 series called the 200e.

In 2005, NIME-05 (5th International Conference on New Interfaces for Musical Expression), in Vancouver, Canada, featured a keynote lecture by Don Buchla. There was also a sizable exhibition of many of the instruments he and his team have created over the years.[8]

He is survived by a son Ezra Buchla who is a musician, [11] daughters Jeannine Serbanich and Erin Buchla, and two grandchildren.