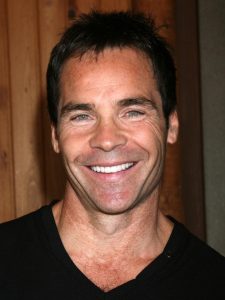 Pickett was born in Spokane, Washington, and grew up in Caldwell, Idaho. He received his BA degree in acting at Boise State University and his MFA in acting from UCLA and appeared in numerous theatrical productions at both schools.

Pickett’s television appearances include in the miniseries Rags to Riches, and roles on such series as China Beach, Mr. Belvedere, Dragnet, Jake and The Fatman, Days of Our Lives, Perry Mason, and Matlock.

In 1997, Pickett originated the role of Frank Scanlon, a dedicated paramedic and substitute teacher and the complicated older brother of Joe Scanlon, on the ABC Daytime drama Port Charles. In 2006, Pickett substituted for actor Ted King in the role of Lorenzo Alcazar on the soap opera, General Hospital, the parent series of Port Charles. In 2007, Pickett rejoined the cast of General Hospital in the recurring role of Detective David Harper.

He enjoyed most sports, including football, basketball, baseball, and skiing. He was also an expert roper and western horse rider.

Pickett and his wife, Elena, resided in California and have two daughters, Maegan and Michaela, and a son, Tyler.

He was best friends with former Port Charles co-star Michael Dietz and was godfather to his daughter, Madison.[1]