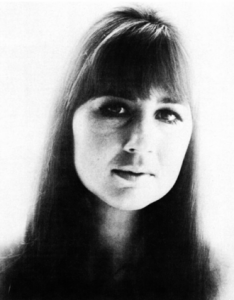 The group subsequently became the first Australian pop music group to achieve major chart and sales success in the United Kingdom and the United States and have sold over 50 million records worldwide. Durham left the group in mid 1968 to pursue her solo career. In 1993, Durham began to make sporadic recordings and performances with The Seekers, though she remained primarily a solo performer. On 1 July 2015, she was named Victorian of the Year for her services to music and a range of charities.

Durham was born Judith Mavis Cock on 3 July 1943 in Essendon, Victoria, to William Alexander Cock DFC, a navigator and World War II pathfinder, and his wife, Hazel (née Durham).[1] From her birth until 1949, she lived on Mount Alexander Road, Essendon, and attended Essendon Primary School. She spent summer holidays at her family’s weatherboard house (which since has been demolished) on the west side of Durham Place in Rosebud.[2]

Her father accepted work in Hobart, Tasmania, in 1949. From early 1950, the family lived in Taroona, a suburb of Hobart, where Durham attended the Fahan School before moving back to Melbourne, residing in Georgian Court, Balwyn, in 1956. She was educated at Ruyton Girls’ School Kew and then enrolled at RMIT.[3]

Durham at first planned to be a pianist and gained the qualification of Associate in Music, Australia (AMusA), in classical piano at the University of Melbourne Conservatorium. She had some professional engagements playing piano and also had classical vocal training and performed blues, gospel and jazz pieces. Her singing career began one night at the age of 18 when she asked Nicholas Ribush, leader of the Melbourne University Jazz Band, at the Memphis Jazz Club in Malvern, whether she could sing with the band. In 1963, she began performing at the same club with Frank Traynor’s Jazz Preachers, using her mother’s maiden name of Durham. In that year she also recorded her first EP, Judy Durham with Frank Traynor‘s Jazz Preachers, for W&G Records.[4]

The Seekers consisted of Durham, Athol Guy, Bruce Woodley and Keith Potger, an ABC radio producer; through Potger’s position the three were able to make a demo tape in their spare time. This was given to W&G Records, which wanted another sample of Durham’s voice before agreeing to record a Jazz Preachers’ album. W&G instead signed the Seekers for an album, Introducing the Seekers, in 1963. Durham, however, recorded two other songs with the Jazz Preachers, “Muddy Water” (which appeared on their album Jazz from the Pulpit) and “Trombone Frankie” (an adapted version of Bessie Smith‘s “Trombone Cholly”).

In early 1964, the Seekers sailed to the United Kingdom on S.S. Fairsky on which the group provided the musical entertainment. Originally they had planned to return after ten weeks, but they received a steady stream of bookings through the Grade Agency because they had sent the agency a copy of their first album. On 4 November 1964 at EMI’s Abbey Road Studios, the Seekers recorded “I’ll Never Find Another You“. In February 1965, the song reached number one in the UK and Australia. The group had further Top 10 hits with “A World of Our Own“, “Morningtown Ride” and “Someday, One Day“. “Georgy Girl” reached number two (Billboard chart) and number one (Cashbox chart) in the United States. “The Carnival Is Over” is still one of the top 50 best-selling singles in the UK.

On 12 March 1967, the Seekers set an official all-time Australian record when more than 200,000 people (nearly one tenth of the city’s entire population at that time) flocked to their performance at the Sidney Myer Music Bowl in Melbourne, Australia. Their TV special The Seekers Down Under scored the biggest TV audience ever (with a 67 rating), and early in 1968 they were all awarded the nation’s top honour as “Australians of the Year 1967″.[5] On a tour of New Zealand in February 1968, Durham advised the group that she was leaving the Seekers and subsequently left in July 1968.[6] 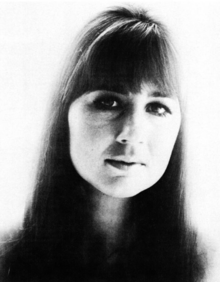 Durham returned to Australia in August 1968 and her first solo television special, An Evening with Judith Durham, screened on the Nine Network in September. During her solo career, she released albums titled For Christmas with Love, Gift of Song and Climb Ev’ry Mountain. In 1970, she made the television special Meet Judith Durham in London, ending with her rendition of “When You Come to the End of a Perfect Day” by Carrie Jacobs-Bond (1862–1946).[7]

In 1975, Judith starred in an acting and singing role as Sarah Simmonds, a burlesque type performer in “The Golden Girl”, an episode of the Australian television series Cash and Co. Set in the 1800s Australian goldfields, this episode also featured Durham’s husband, Ron Edgeworth, on piano. She performed six songs including “Oh Susanna”, “When Starlight Fades”, “Maggie Mae”, “Rock of Ages”, “There’s No Place Like Home” and “The Lord Is My Shepherd”.[8]

The decision was then made to record The Australian Cities Suite with all proceeds from the sale of the CD to go to the charitable sector. The album was originally planned for release in October 2008, but was eventually pushed back to April 2012. The project was to benefit charities such as the Motor Neurone Disease Association of Australia (Durham was national patron) and Orchestra Victoria, in addition to other charities which benefit from the Lord Mayor’s Charitable Fund or its national affiliated network, United Way.

In 2003, Durham toured the UK in “The Diamond Tour” celebrating her 60th birthday. The tour included the Royal Festival Hall and a CD and DVD of the concert was issued.

In 2006, Durham started modernising the music and phrases in the Australian National Anthem, “Advance Australia Fair“. She first performed it in May 2009 at Federation Hall, St Kilda Road.[9][10] It was released as a CD single.

On 13 February 2009, Durham made a surprise return to the Myer Music Bowl when she performed the closing number at the RocKwiz Salutes the Bowl – Sidney Myer Music Bowl 50th Anniversary with “The Carnival Is Over”. On 23 May 2009, Durham performed a one-hour a cappella concert in Melbourne as a launch for her album Up Close and Personal.[11]

In October 2011, Durham signed an exclusive international deal with Decca Records. George Ash, President of Universal Music Australasia said “It is an honour to have Judith Durham join Decca’s wonderful roster of artists. When you think of the legends that have graced the Decca Records catalogue it is the perfect home to welcome Judith to, and we couldn’t be more excited to work with Judith on not only her new recordings but her incredible catalogue as well.”[12]

In June 2018, to celebrate Durham’s 75th birthday, a collection of 14 previously unreleased songs was released on the album So Much More.[13]

They lived in the UK and Switzerland until the mid-1980s when they bought property in Nambour, Queensland. In 1990, Durham, Edgeworth and their tour manager, Peter Summers, were involved in a car accident on the Calder Freeway. The driver of the other car died at the scene and Durham sustained a fractured wrist and leg. The response from her fans made Durham consider getting back together with the other members of the Seekers for a Silver Jubilee show. During this reunion Edgeworth was diagnosed with motor neurone disease. He died on 10 December 1994 with Durham by his side.[15]

In the late 1990s, Durham was stalked by a former president of a Judith Durham fan club,[16] a woman who sent her dozens of doormats through the post. The woman was subsequently prosecuted,[17] and was later imprisoned for other serial crimes.[18]

In 2000 Durham broke her hip and so was unable to sing The Carnival is Over at the closing ceremony of the 2000 Olympic Games in Sydney with the Seekers. However she sang it from a wheelchair at the 2000 Paralympics shortly after.[19]

In May 2013, during the Seekers’ Golden Jubilee tour, Durham suffered a stroke that diminished her ability to read and write—both visual language and musical scores. During her convalescence she made progress to rebuild those skills. Her singing ability was not affected by the stroke.[20]

Durham died after suffering from bronchiectasis, a long-standing chronic lung disease, at The Alfred Hospital in Melbourne on 5 August 2022, aged 79.[21]

The ARIA Music Awards are a set of annual ceremonies presented by Australian Recording Industry Association (ARIA), which recognise excellence, innovation, and achievement across all genres of the music of Australia. They commenced in 1987.

These annual awards were established by Australasian Performing Right Association (APRA) in 1982 to honour the achievements of songwriters and music composers and to recognise their song writing skills, sales and airplay performance, by its members annually.[40]

The Australian Women in Music Awards is an annual event that celebrates outstanding women in the Australian Music Industry who have made significant and lasting contributions in their chosen field. They commenced in 2018.

The Music Victoria Awards are an annual awards night celebrating Victorian music. They commenced in 2005.