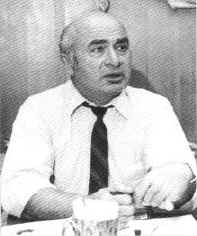 R.I.P., Phil Chess… condolences to his family and friends…

Philip Chess (March 27, 1921 – October 19, 2016) was a Polish American record producer and company executive, the co-founder with his brother of Chess Records.[1]

He was born Fiszel Czyż in a Jewish community in Częstochowa, Poland. He and his brother Lejzor, sister Malka and mother followed their father to Chicago in 1928. The family name was changed to Chess, with Lejzor becoming Leonard and Fiszel becoming Philip.[2]

In 1946, after leaving the Army, Phil joined Leonard in running a popular club, the Macomba Lounge. Two years later, Leonard became a partner in Aristocrat Records, a local company that recorded a wide range of music,[3] and Phil joined in 1950. The company then changed its name to Chess Records, and began concentrating on R&B music, signing and recording artists such as Muddy Waters, Bo Diddley, “Sonny Boy Williamson” (Rice Miller), Robert Lockwood Jr., Etta James, Willie Dixon, Howlin Wolf and Chuck Berry. Phil Chess was actively involved in producing many of their seminal blues and rock and roll recordings. The company expanded successfully through the 1950s and early 1960s, until it was sold to GRT in 1968.

Phil Chess retired to Arizona in 1972. Phil and Leonard Chess were both inducted to the Blues Hall of Fame as non-performers in 1995. In February 2013, Phil Chess attended the ceremony to receive one of The Recording Academy‘s Trustees Awards for non-performers presented to him and his brother.[4]