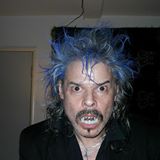 Former Motorhead drummer “Philthy” Phil Taylor has died at the age of 61.

His death was reported by his friend and bandmate Fast Eddie Clarke – whom Taylor introduced to the band – on his official Facebook page.

“My dear friend and brother passed away last night,” wrote the guitarist. “I have known Phil since he was 21 and he was one hell of a character.

“Fortunately we made some fantastic music together and I have many many fond memories of our time together.”

Clarke reported Taylor had been ill for some time “but that does not make it any easier when the time finally comes”.

Formed in 1975 by bassist, singer, and songwriter Ian Fraser Kilmister – better known as Lemmy – Motorhead became one of the defining British metal bands of the 1980s.