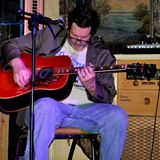 Rest in Peace Steve, I sure enjoyed listening to you and the Mighty King Snakes over the years !

UPDATED: Tulsa musician Steve Pryor dies after motorcycle crash
Pryor was alert and talking with officers after the crash. He was taken by ambulance to St. John Medical Center, where he later died from internal…
TULSAWORLD.COM

In 1978 Muddy Waters told Steve, “Don’t ever put that guitar down!” Since that time he has shared the stage with John Lee Hooker, Albert King, Buddy Guy, B.B. King, Bonnie Raitt, Greg Allman, and Dr. John, Johnny Winter, to name a few. His tours with the Fabulous Thunderbirds, Paul Butterfield Blues Band, and countless performances in concerts, night clubs, and blues festivals have left enduring impressions on all who attended.

Steve’s guitar style and singing encompass a history of Blues Americana without compromising his love for extreme, rocking Stratocaster guitar tones. The Steve Pryor band provides plenty of material for the blues purist, however, unlike many strict bluesmen, they see nothing wrong with tapping the roots of rock ‘n ‘roll to get their message across. Songs like John Hiatt’s “Paper Thin,” and Keith Richard’s “Before They Make Me Run,” seem to draw a very fine line between blues and rock (and even country) thereby demonstrating the similarity between the styles while reaffirming Pryor’s own versatility.

Steve’s rich history also includes his performance in and contributions to the soundtrack of “The Gun in Betty Lou’s Handbag” as well as projects by Dennis Hopper, (Chasers”), HBO, Filmwerks, and Melrose Place.

Steve was once described as, “Gene Autry stepping off a UFO with a Stratocaster in his hand and an Elmore James song in his heart.” With their unique sound, which taps not only into blues but also rock ‘n roll & red dirt, The Steve Pryor Band is sure to satisfy all who listen.