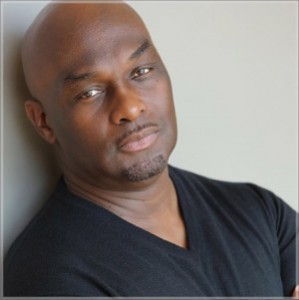 Thomas Mikal Ford (June 15, 1962 – October 12, 2016), known and also credited as Tommy Ford, was an American actor who was best known for his role as Tommy Strawn in the sitcom Martin,[1] and for his recurring role as Mel Parker in the UPN sitcom The Parkers.

In Martin, Ford played Tommy Strawn who was, at times, the straight man for Martin Lawrence’s jokes, but he very often inserted scene-stealing “bald-headed logic” and witty comments in odd situations. Also, his character was often the subject of many jokes regarding his mysterious employment status though Tisha Campbell-Martin revealed he was a counselor and presumably unemployed after Ford complained that his character lacked development. Ford received an NAACP Image Awards nomination in 1996 in the category of Outstanding Supporting Actor in a Comedy Series.[2]

Ford played a recurring role in the UPN sitcom The Parkers as Nikki’s ex-husband (and Kim’s father), Mel Parker, in 7 episodes. He played Ben Cummings in The Power of Passion as one of the characters whose wife cheats on him with the pastor.[citation needed]

He was also known as The Pope of Comedy, due to exposure as a judge on TV One‘s comedy competition show Bill Bellamy’s Who’s Got Jokes?

In film, Ford appeared in the Kid ‘n Play movie Class Act as Mink. In Harlem Nights he played Tommy Smalls, the brother of Arsenio Hall‘s character. He can also be seen in the 1997 crime drama Against the Law.