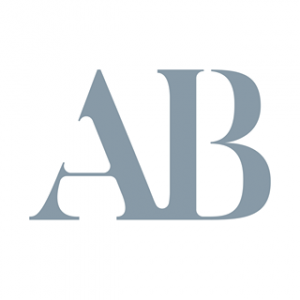 Augustus Brandt Gallery of Petworth, West Sussex, is holding its first photographic exhibitionopening on May 25th featuring some of Britain’s leading photographers, selected by Paul Arden,the creative force behind Saatchi and Saatchi.

Paul Arden (1940 – 2008), was the Creative Director of Saatchi and Saatchi and the genius behind some of the firm’s best-known campaigns. Arden was a legend in the largely anonymous world of advertising and was the chief creative in Saatchi & Saatchi through the firm’s most glamorous and best-known period in the 1980s. He was the guiding hand and mind behind the creative outpouring for British Airways (faces of people from all over the world forming a large face), the Conservative Party, The Independent newspaper (It is. Are you?) and the slashed purple silk material for Silk Cut cigarettes. His books: ‘It’s Not How Good You Are, It’s How Good You Want To Be’ (Phaidon) and ‘Whatever You Think, Think the Opposite’ (Penguin), are essential reading for those who wish to live a more daring and creative life.

The photographers selected by Arden’s discerning eye featured in this exhibition at Augustus Brandt are: Brian Griffin, Bruce Rae, Andrew Holligan and Gerry Castle. Prices for their work ranges from £800 to £5,000.

Brian Griffin, a multi award winning portrait artist is well-known with celebrity and musician subjects; Bruce Rae for his hypnotic silver surfaces; Andrew Holligan for his close-up photos reminiscent of Abstract Expressionist paintings and Dalston series; and Gerry Castle, a hospital technician by profession, remarkable for the late discovery of a series of images of Liverpool.

With the very best photography increasing in value each year, buying stunning imagery is proving to be a shrewd alternative investment. Recent sales of photography at the world’s leading auction houses show just how well advised these purchases have proven to be. The top three record prices are an image by Andreas Gursky, ‘Rhein’ (1991) sold by Christie’s in New York for $4,338,500: Richard Prince ‘Spiritual America’, (1981) $3,973,000; and Cindy Sherman ‘Untitled’ (1981) sold for $3,890,500.

Prices at this Augustus Brandt exhibition may be rather more affordable but the quality of the work and its future growth in value is beyond question.

Brian Griffin was awarded Best Photograph Book in the world, Guardian named him Photographer of the Decade in the 1980s, Life magazine used his work as the cover to it’s the Greatest Photographs of the 80s. His work with musicians includes some of his most arresting images. He has photographed the likes of Depeche Mode, Spandau Ballet, Ultravox, Queen, Peter Gabriel and Bryan Ferry. His work has been a regular feature in Esquire (US), Rolling Stone, Radio Times, The Sunday Times, The Sunday Telegraph, The Observer and Car magazine, among many others. In 2013 he received the Centenary Medal from the Royal Photographic Society in recognition of a llfetime achievement in photography.

Brian recalls meeting Paul Arden for lunch. It was 1980 when I first met and worked with Paul Arden, he was then the creative director of Saatchi and Saatchi. In the early eighties nouvelle cuisine was all the rage, wonderful small art pieces fit for a modern art gallery would confront you on your plate in London’s top fashionable restaurants. One day I sat opposite Paul when the waiter brought him his dish. Paul looked down at it then excitedly spread out his arms and exclaimed “Take it away, take it away its too beautiful to eat!”

Bruce carries off a magic trick, in his still life images he manages to give flowers human qualities, weeping, drooping tiredly, aging, young middle aged and then dying. They carry a great and terrible beauty, reminding us of our own limited time much as the greatest Old Master painters did in their time. Time passing haunts these stunningly beautiful fragile images. Surprisingly he uses wooden cameras and traditional wet darkroom procedures. A wizard making magic.

Bruce Rae, has exhibited widely including at Side Gallery, Michael Hoppen Gallery, Peter Fetterman Gallery, and his work is held in important collections such as The National Portrait Gallery, Bibliotechque Nationale, Texaco Collection of British Art, Arden and Anstruther,and Citibank.

Rae’s work comes out of a solid understanding of vintage photographic technique. He uses a wooden field camera, similar to those used in the 19th Century, and printing techniques, also from that era. Bruce Rae’s rich prints, have a quality that is not reproducible by any digital means and have a deep luminosity.

Toni Arden says: “In the mid 1980s a box of photographs was left in reception at Saatchi and Saatchi for my husband, Paul Arden. No name, no phone number, just the box of beautiful flower prints. My husband treasured this box and always wondered who had left them.”

In 2004 we opened a photographic gallery in Petworth and a man from the Photographic Society in Midhurst called in and asked Paul to give a talk to the society. On entering the flat in Midhurst where the talk was to take place he saw an image on the wall that he recognised as the work of the photographer who had left him the box of photographs many years before. The rest is history. Bruce Rae and his wife Anni became and remain solid friends.”

Andrew Holligan’s photographs of the white washed windows of closed-down shops are blown–upin scale and become Abstract Impressionist works in their own right. The unframed images are bonded onto glass with the exposed edges unpolished as if cut out directly from the shopfront window photographed. Born out of the political and economic climate of the late 1990s, with the growth of corporate retailing and the birth of online shopping, our high streets found themselves with a lot of empty shops with obscured windows.  It is not surprising to find that Andrew studied architecture before taking up photography. In the 1980s and 90s he worked extensively in the US and Australia before settling down in London. He produced a book on Dalston in East London featuring picaresque local characters – Dalston in the 80s. It is a work of social significance as it shows what the area looked like before the hipsters moved in and the place became gentrified. In 2001 he moved to West Sussex. He uses the camera to explore his world and its physicality. At heart he says he still thinks of himself as a street photographer, where he started, grounded in the familiar and commonplace yet with his camera’s lens transforming the ordinary into the extraordinary.

Gerry Castle spent most of his working life as a chief technician at the National Heart Hospital (London) the King Edward VII Hospital (London) and at the private clinic of Professor Sir Magdi Jacoub, the eminent heart surgeon. Now a part of his early life has come to light, the heart stopping photographs he took of Liverpool in the 1950s and 60s. These images show a city still suffering from WW2 damage revealing a Lowry like stripped back ambience.

These precious images emerged from Gerry’s garden shed in 2005 and were the focus of a show at Arden and Anstruther Gallery in 2006. Bleak streets offer a counterpoint of children playing in front of their homes and in bombed out buildings. The black and white imagery is a powerful evocation of a city still reeling from the war, but whose people’s faces tell of the indomitable spirit of Liverpudlians. Gerry Castle lives now in West Sussex.

Dis­cover the Augus­tus Brandt show­room, sit­u­ated in a spa­cious Geor­gian town house and adja­cent coach house in Pet­worth, West Sus­sex, the heart of the South Downs. 7,500 square feet has been transformed to cre­ate an entic­ing retail des­ti­na­tion for home inte­ri­ors and more, open six days a week. The gallery offers bespoke furniture, antiques and modern and contemporary furniture and works of art.