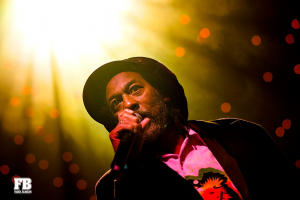 Drummie Zeb (born Angus Gaye; 24 September 1959 – August/September 2022) was an English musician. He was the drummer and lead singer for the reggae band Aswad,[1] as well as being a record producer. He was the son of Grenadian-born parents. He was a former pupil of Holland Park School in London.

As a producer, he has worked with the following: