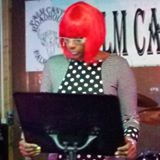 Published by Tate Publishing and Enterprises, the book is available through bookstores nationwide, from the publisher athttps://www.tatepublishing.com/bookstore, or by visiting barnesandnoble.com oramazon.com. To purchase a signed book, email bluesschools@aol.com or message the author on Facebook at Carolyn Blues Singer Gaines. On a special note: author Carolyn Gaines has also entered the blues world as a new blues/rock singer. For blues educational public speaking and festival booking, contact manager Leon Levy at Jam Productions

“Blues!.. Why Blues & Latin Music? Is a small, yet profoundly important book. It tells young children about blues, Latin and historical creators of the art form. Written in English and Spanish from the heart and soul of Dr. Carolyn W. Gaines, and sub-titled blues! Porque Blues y Musica Latina?”
– Reviewer Lawrence N. Redd

The book’s hand-crafted bright blue, polka dot cover features a colorful, hand-drawn cartoon of legendary guitarist and blues singer, Buddy Guy. The cover was designed and drawn by author Dr. Carolyn W. Gaines. Blues art is used throughout the book to help describe melody, tempo, rhythm; to emphasize the importance of associative properties in mathematics while using both the English and Latin alphabets.

Dr. Gaines meticulously credits many important people for their support, covering two decades. She acknowledges a plethora of influential supporters of her ”Blues Schools Program.” Some are well-known and others less visible but powerful achievers. Her detailed citations may require parental and teacher guidance to help children explore the larger blues context. If the purpose of blues education is to successfully pass accumulated cultural knowledge of previous generations onto the next, then Dr. Carolyn W. Gaines has accomplished that with her ”Blues Schools Program.” She has left a clear blues roadmap to replicate its success, in her book.

That, along with intricate details of the music industry that her father Roy Gaines taught her, motivated her to write the book. Blues!.. Why Blues & Latin music?

Dr. Gaines says, “To all supporters… Thanks!” 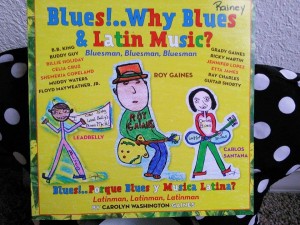