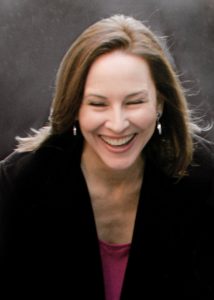 + saxophonist Billy Drewes on 21st only

Following a sold-out Winter Jazzfest concert (video link above), Kendra Shank returns to Jazz at Kitano on March 20th and 21st with a group of longtime collaborators. Her association with pianist Frank Kimbrough began in 1992 when jazz legend Shirley Horn presented them at the Village Vanguard. Since then they’ve recorded four CDs together, three of which also feature bassist Dean Johnson who joined Shank’s quartet in 1998, performing multiple club and festival dates. On Saturday, March 21st they’ll be joined by Billy Drewes, the Grammy-winning tenor and soprano saxophonist and member of the Vanguard Jazz Orchestra who appears on two of Shank’s CDs, weaving contrapuntal lines with the vocalist. With a concept that embraces organic fluidity and conversational group interplay, Kendra Shank combines modern jazz (including compositions by Kimbrough and Drewes with Shank’s lyrics), re-imagined standards, world, folk, and improvisation in an adventureous approach that inspired Gary Giddins to call her “one of New York’s most original performers” (Jazz Times).  kendrashank.com  /  youtube.com/kendrashank

while her distinctive scat and exploratory harmonic sense suggest Sheila Jordan is also in her lineage.”

Pianist Frank Kimbrough has been active on the New York jazz scene for 35 years. He has recorded as a leader for Pirouet, Newvelle, Palmetto, OmniTone, Soul Note, Igmod, and Mapleshade. In addition to leading his own trio with bassist Jay Anderson and drummer Jeff Hirshfield, he has played with the Maria Schneider Orchestra, Dewey Redman, Ben Allison, Joe Locke, Ted Nash and numerous others. Frank was a founding member and composer-in-residence of the Jazz Composers Collective (1992 – 2005) and played in nearly 20 of its associated groups. He has been included in the Downbeat Critics Poll each year since 2001 and his recordings are often included in jazz critics’ year’s-end top-ten lists. Frank’s work has received funding from the National Endowment for the Arts, Meet the Composer, and from Chamber Music America’s Doris Duke Jazz Ensembles Project, and he is on the faculty at Juilliard.  frankkimbrough.com

Saxophonist and percussionist Billy Drewes has been creating music, composing, performing and recording since the mid 1970’s.  His main instruments include soprano, alto and tenor saxophones, clarinets, flutes, drums, percussion and piano. Featured on over 100 CD’s, with performance credits worldwide, he shares the stage with Joe Lovano, Bill Frisell, Paul Motian and Toninho Horta at venues from Egypt to Cuba, Israel to Africa, New York’s Carnegie Hall to Albert Royal Hall in London. In 1990 he joined the Thad Jones/Mel Lewis Orchestra and is a current member of the Vanguard Jazz Orchestra with whom he has won a Grammy award. Billy has performed and recorded for the Nikolais Dance Company and the Alvin Ailey Dance Theater and continues to record and tour with artists including Herbie Hancock, Eddie Gomez, Randy Brecker, John Scofield, John Abercrombie, Fred Hersch and Peter Erskine.  billydrewesmusic.com