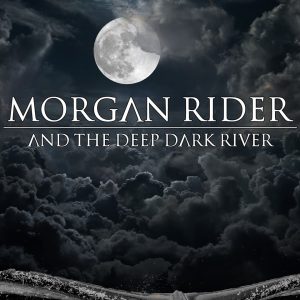 For fans of Woods of Ypres, Katatonia, Amorphis, Shawn James, Amigo The Devil

Melodic, dreamy and folky, ‘The Seafaerers’ tells the story of the Ocean God and his desire and attempts to destroy the shore dwellers, who in turn take up arms and set forth to claim the ocean as their own. An excellent excerpt from the story the whole album will detail, the single can be heard via its exclusive premiere on Bravewords at the following link HERE.

Morgan Rider and The Deep Dark River combine all the humble qualities of blues, folk and classical into a well-balanced, artfully crafted musical reflection on life, hope and old-fashioned storytelling while delivering a uniquely fresh and uplifting listening experience.

Morgan Rider of The Deep Dark River embarks this fall to play 15 solo dates across Ontario before the album release concert on December 28. Dates below.

Born in 1989, singer, songsmith and multi-instrumentalist Morgan Rider had his earliest imaginings of life as a musician while contending with an often tumultuous childhood. Overhearing his mother – who is a trained operatic soprano – his love and understanding of music blossomed at an early age. Morgan eventually spending his adolescent and early adult years performing in touring metal bands – appearing on tours and large festivals across North America and Europe.

During the summer of 2017, Morgan’s adoration of folk, classical and blues music finally culminated into a project and the beginnings of a collection of songs. The name Deep Dark River had been stuck in his head for years, as a byproduct of his writings and alluding to the very nature of his ideas as a musician and artist. As such, Deep Dark River became the name by which he would perform beneath.

As 2018 neared its end, Morgan called upon his friend Nathen Morrison to contribute cello to the sounds of Deep Dark River, solidifying the project as a duo. The pair immediately began rehearsing and recording the first of a four-album quadrilogy – which Morgan had written the bulk of on his travels. The first single featuring the pair – Starfire – was released in March of 2019 along with the album “King of The Forest” released on June 21st, 2019 via North Soul Records. Not slowing down, the pair have their next album just months later “The Deep Dark Blue” planned for release via North Soul Records on November 22nd, 2019 with its lead single ‘The Seafaerers’.