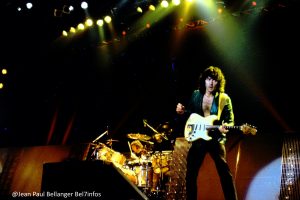 for giving ‘Second Element’ a wonderful spotlight in their “All New Rock” playlist! It’s great to be to be among so many fantastic artists. If you like to listen to our music digitally, it’s available on all major streaming and download services worldwide!

Stream “Nature’s Light” on Spotify here: https://spoti.fi/3lok4vj
If you don’t use Spotify, find our new album here: https://blackmoresnight.lnk.to/NaturesLight
Our brand-new studio album “Nature’s Light” is available for pre-order now! We’re so excited to finally share these 10 songs with all our fans and companions on March 12th, 2021.
You can get them on CD Digipak, a strictly limited Heavyweight 1LP on Yellow Vinyl, a Heavyweight 1LP on Black Vinyl, as a strictly limited 2CD Hardcover Mediabook Edition including a bonus CD featuring a carefully selected set of Blackmore’s Night’s classics, and of course as a Digital Album.
Pre-order here: https://blackmoresnight.lnk.to/NaturesLight 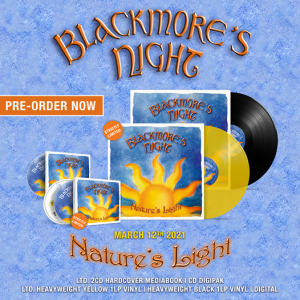 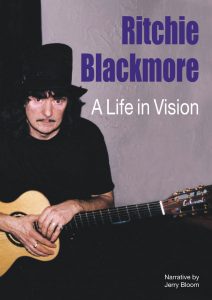 RITCHIE BLACKMORE A LIFE IN VISION. HALF PRICE JUST £30!
https://www.wymeruk.co.uk/webshop/books/rock/rainbow/
This deluxe photo book compiled by Blackmore biographer Jerry Bloom portrays Blackmore’s career with photos and memorabilia from ’58 to the present day. Not only does it feature a large selection of photos, many of which have never been seen before but following years of research by Bloom, it also includes the most comprehensive gig list ever published, for Blackmore’s pre-Deep Purple career between 1958-67 with over 300 gigs detailed from his days with The Outlaws back to his earliest bands such as The Vampires and The Condors. This is a limited edition of 1,000 copies.

Ritchie Blackmore returns to rock again this week in London!

In recent months, foreign forums has been happening a lot of speculation about a possible reunion of the Rainbow, the legendary group led by guitarist Ritchie Blackmore.
” A” such proposal, which supposedly was being negotiated, would be three big shows for recording a DVD that would be the final farewell of the band, the band’s formation in addition of guitarist Ritchie Blackmore (currently in the project Blackmore’s Night) count with vocalist Joe Lynn Turner, the team would have to complete bassist Roger Glover and keyboardist Don Airey (both currently in Deep Purple) drummer Bobby Rondinelli allies and repeated the training you recorded “Difficult to Cure” 1981…….Ney……