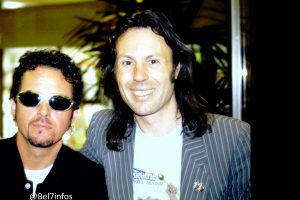 is releasing a newly recorded tune titled “Run To Me.”

The song was co-written by him along with David Paich & Joseph Williams. Performances on it include Joseph Williams on keyboards and backup vocals, John Pierce (Huey Lewis & The News) on bass, and Ringo Starr on drums.
“Run To Me” can be heard on all streaming services globally, and is available for download now.
Details on Lukather’s forthcoming solo album coming in early 2021 will be shared in the coming months.
Click the link to watch the video and stream the song! 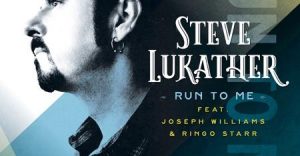 Check out ME as a Simpsons character by my pal John the real head cartoonist from the show! Its hilarious. http://t.co/QhMGlquD5u

Steve Lukather Official Website
http://www.stevelukather.com/
Steve Lukather’s new album Transition on Mascot Records strikes a perfect balance of style, power and imagination as he takes risks and challenges himself in ways most other