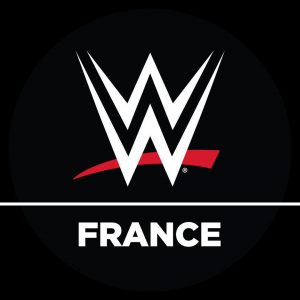 World Wrestling Entertainment Inc. (WWE) must be held accountable for using racist imagery while profiting from our image, likeness, and the physical labor of Black wrestlers.1

Albert Hardie Jr. (aka Jordan Myles), a professional Black athlete and employee of the WWE, had his name used to sell shirts with highly offensive anti-Black “sambo” imagery. In addition, the WWE is blaming Hardie for the release of this racist merchandise.2 The WWE has been getting away with creating a racist work environment, in which Confederate flags are flown, racial slurs are the norm, and Black wrestlers are not paid equally to white wrestlers and are not given the same opportunities to compete for championships.3,4,5

Wrestling is a guilty pleasure that blurs the lines of reality; however, Black wrestlers are tired of their reality being an entertainment storyline that denies blatant racism. Four WWE major events are planned to take place in California this December.

Sambo imagery was created during slavery and unfairly depicts Black people as being lazy and uneducated. It is a triggering reminder of the pain of our struggle.6 In the long line of WWE champions, there has been only one of mixed race, The Rock, whose father, Rocky Johnson, was a Black wrestler.7 This fact alone speaks to the internal racism that runs rampant in the WWE and to how the WWE uses controversy and racist tropes to its advantage. Racism in the WWE must be stopped, because entertainment spin does not make up for the damage of racism.8

The WWE reaps the benefits of Black viewership and Black physical labor, and it should not perpetuate racist storylines, imagery and toxic work environments. We must hold the WWE accountable for continuously exploiting the work of Black athletes. With regular RAW, NXT and other high profile events hosted in California we can hold them to some of the highest workplace standards in the country by calling on California Attorney General, Xavier Becerra, to investigte the work place discrimination and racism happening within the WWE.

Someone in your household may be tuning in to this week’s “WWE Raw,” believing that this is “just” entertainment. But on a closer look, you can see the WWE trafficking in harmful images and narratives. Anti-Black and negative narratives of Black people in media have led to police killings of unarmed Black people, tougher prison sentencing, unfair treatment in schools, and more.

The WWE’s fan base is more than 25% Black, and we have the power to hold the WWE accountable.9,10 We have the opportunity to activate our political voice and effect change within an industry that profits from our labor and our viewership. It is time we challenge the status quo and shape the entertainment we deserve.