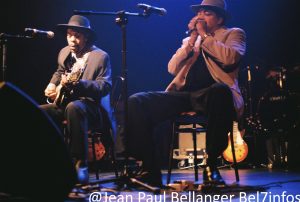 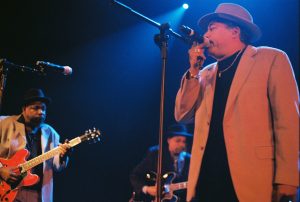 The musical association between Billy Branch & Dave Specter for the release of “The Ballad of George Floyd” is causing quite a spark. This poignant tune completed a triptych of social and political songs Dave Specter started over a year ago. #BillyBranch #DaveSpecter #GeorgeFloyd

JOIN US SATURDAY AT THE BRONZEVILLE BLUES WALK!!!
At a time when there’s so little live blues happening, we’ve got 4 of Chicago’s top blues artists performing free, socially distant shows in Chicago on Saturday.
The Bronzeville Blues Collaborative, including Chicago Blues Revival, Build Bronzeville, Haven Studio, Chicago Public Art Group, and The People’s Music School, in collaboration with the Muddy Waters Mojo Museum, is sponsoring the Bronzeville Blues Walk along Muddy Waters Drive (43rd Street) as part of the Open House Chicago exploration of the Bronzeville community, the heart of Black Chicago. We will activate several historic blues sites along Muddy Waters Drive with live, socially distanced performances on the afternoon of October 17th. Each site will celebrate a unique blues era, and the performances will be filmed and delivered to CPS students as part of their remote learning curriculum.
Site 1: The Forum, 318 E. 43rd Street. Music by John Primer, celebrating Delta Blues
The Forum contained numerous retail stores and an iconic hall that, in its heyday, hosted acts such as Muddy Waters and Nat King Cole. The complex is undergoing renovation to restore its original glory.
John Primer has played blues music in Chicago across 5 decades. He was part of Muddy Waters’ band, and has led his own band for many years. He will be highlighting Delta Blues, the style of the blues from the Mississippi Delta area that is at the root of classic Chicago Blues
Site 2: The Checkerboard Lounge Site, 423 E. 43rd Street. Music by Jamiah Rogers Band, featuring Contemporary Blues.
The Checkerboard Lounge, owned for many years by Buddy Guy and L.C. Thurman, was one of Chicago’s most famous blues clubs. Torn down ca. 2005, the site remains sacred ground to blues fans.
Jamiah Rogers is one of the rising stars on the Chicago blues scene. His blend of blues, soul, rock & roll, and other influences is the sound of blues today, as well as the future of the music in Chicago.
Site 3: Park 43, 540 E. 43rd Street. Music by Katherine Davis, in the style of Jump Blues
Park 43 is a pocket park managed by Quad Communities Development Corporation. It is a community gathering space and an ideal location for outdoor music performances.
Katherine Davis is one of Chicago’s great blues singers and blues educators. She has performed for many years at the Chicago Blues Fest as part of the Blues in the Schools program. She will be celebrating Jump Blues, an urban style made popular by Louis Jordan in the 1940s.
Site 4: The Muddy Waters House, 4339 S. Lake Park Ave. Classic Chicago Blues by Billy Branch and the Sons of the Blues.
Muddy Waters is considered the father of modern Chicago Blues and this is the house he lived in for many years. It is currently undergoing renovation to become the Muddy Waters Mojo Museum.
Billy Branch and the Sons of the Blues are legends of the Chicago blues scene. They will feature songs from their album “Roots and Branches: The Songs of Little Walter.” Little Walter played harmonica in the Muddy Waters band during the classic era of Chicago Blues in the 1950s. 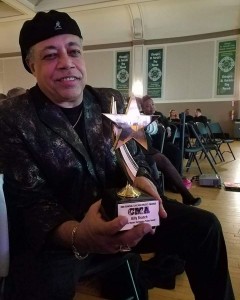