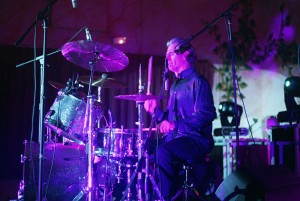 I have been a professional musician my whole working career.

I was Rory Gallagher’s longest standing drummer and I recorded 3 albums with him. During this time we toured worldwide with bands such as James Brown, Frank Zappa, Rush, Albert Collins and Jethro Tull.

After this came to an end I joined Nine Below Zero and we continue to tour extensively. I have recorded over 10 studio albums and a number of live albums and DVD’s. Over the last number of years we have supported Chuck Berry, ZZ Top, Eric Clapton, Sting, Jerry Lee Lewis, Glen Tilbrook, Alvin Lee and Alannah Myles.

I have recorded on over 20 albums, and have experience in live television and radio.

I am available for live and recording work.