Recording out of his house, Katon has fashioned a recording career that now spans over two decades, with more to come. His music is strongly rooted in the time he spent early on working in garage rock & roll and hillbilly bands around Ypsilanti, MI. He is the consummate roadhouse musician, whose loud ‘n’ proud boogie credo can get an audience rocking in a manner of minutes.

While nowhere near as well-known in his native country, Katon’s reputation and success has entirely derived from his guitar-hero status in Europe. Releasing his first album, Boogie All Over Your Head, in Sweden in 1984, Katon has recorded for the Danish Provogue label and others, releasing a spate of similarly themed albums, equal parts blues and rock, with his original tunes highlighting the best of them. Constant touring overseas has also strengthened his reputation there, as well. Exploring all avenues of American roots rock while he continues to produce his own records in his basement home project studio, Michael Katon is a true American blues-rocker deserving of a far wider hearing. ~ Cub Koda 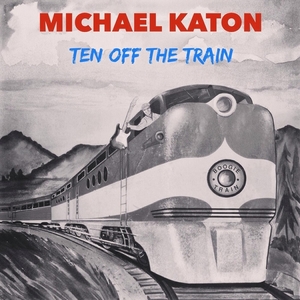