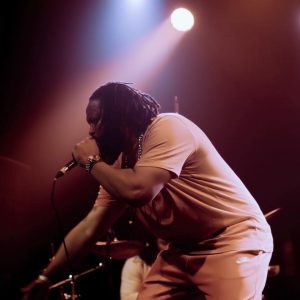 American-Dominican Soul-R&B singer and songwriter Nuwamba has uplifted many souls worldwide since the early 2000’s. He makes his highly anticipated return with the release of his new album ‘Love Ase’, out on all streaming platforms on 6th of August.

The lead single off the album ‘To The Light’ presents Nuwamba’s distinctively infectious and unique sound, and is sure to lift spirits the moment the listener hits play. Speaking of the track, Nuwamba says; “I hope this song announces the awakening one has, as self awareness begins. Illuminating the focus required to maintain balance in life; encompassing food and nutrition to physical health and overall wellness. Defining the clarity of light and dark the known and the unknown obtaining all without fear and knowing they are necessary to experience a virtuous life.”

A Dallas native, Nuwamba’s new album is a Homage to Love, as noted in the title “Love Ase.” The meaning of ‘Ase’ is of Yoruba origin translating to “so be it” or the power to perceive and create change that exists in all things. On the album, he shares the philosophy; the only constant in life seems to be change, thus we should be embracing each day concentrating on the reflection of the Sunshine rather than looking back dwelling on the shadows of the past.

Since the early beginnings of R&B  rhythm and blues the concept of the genre musically  expresses  the joys and pains of everyday life. This album artfully offers comforting guidance and hope commonly found in the early beginnings of R&B Soul Music. The use of actual instruments in the production combined with the electronic digital sounds commonly used  today, broadens the classification of his sound beyond Neo -Soul, fusing it with Jazz, Funk and even Afrobeat, offering a soothing worldly sound reminiscent of Sade, Seal or Her and Bruno Mars.

Nuwambas unique  silky voice has been compared to the likes of the Isley brothers, Frankie Beverly and Maze, Nat King Cole, Marvin Gaye and many more originators of the early R &B genre.

Nuwamba has performed alongside acclaimed artists like Erykah Badu, Usher, Bobby BlueBland, Raheem Devaughn, Eric Roberson, UGK and many more. He has also featured on radio stations in Africa and Brazil, he has charted on Billboard Top 100 and his music videos have been seen world wide on MTV-Vevo. Thanks to his debut album ‘Above the Water’, Nuwamba was named “The Best Hip Hop and R&B Artist of the year 2005” by the Ft. Worth Weekly.