Hey everyone,
It’s been a while since I’ve been on FB!
Got some heavy health issues going on with my Mom and
Step-Dad…..and for the most part……I’ve all they have!
I’m honored to be the one that they usually turn to…..there was a singer we all know……and HE was the voice that I turned to……so as life unfolds in a very unfamiliar way……with extreme challenges at every turn….I am very busy….but very fortunate!

This 3rd release….is a song called “Weird World”
It is part of a 4 month promotional campaign that Frontiers has graciously began that has given us a peak at the album to come called “Until Death Do We Meet Again”.

The 4th song which will also be the 2nd video will be released on the same day that the album is officially released…..Sept 14th! This song here…..”Weird World” ……is a bit “weird”…..on purpose!! There are some deep lyrics …..especially in the vocal bridge just before the solo…..like in the 2nd verses for “You Can’t Take Me Down” & “Under The Wire” ……they too get deep…..but if you stay with me/us…..this album will be and should be an experience……just like the good ‘ole days that this band is trying to recapture yet make new!

I have something that I will say to you all just before the album is released…..and I hope that you all take it in the spirit in which it is given!! But until then…..here is my post of “Weird World”!

There will be some promotional challenges to you the listeners…..so if you guess just right…..I will spend 30 minutes on a personal and private Skype video ….one on one with me and the challenger that first guessed the correct answer! I’ll be doing a few of these……and will be doing some very personal and private special gifts to those who answer the questions that are to come in the next few months ahead!

I’ll be posting the lyrics to “Weird World” in the comment section below in a bit!
I love you all and miss you all…..and there will be some time that I will set aside just for you!!
Talk to you soon!!

Hey San Diegan’s…..tonight is going to be special for many reasons!
One of them being the band Symbolic!!
I’m trying to help them the same way I did Benedictum!
As you can see in one of the photos…..a little band called Metallica…..opened up for a little band I was in called …DIO…….well…..Symbolic is opening up for the Resurrection Kings…..but I’m sure it won’t be long before I’m in a band opening up for them! So please get to the Brick by Brick early enough to see and hear this amazing new band that is going to raise the bar for Heavy Metal all over the globe!!
See you guys tonight!! 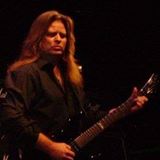 There’s been so much going on all at once! Looking forward to being a counselor for my first Rock n Roll Fantasy Camp coming up this Thursday! This one with Nancy Wilson & Steven Adler! Opening night at the Hollywood Guitar Center with Rudy Sarzo, Vinny Appice, Bjorn Englen, Joel Hoekstra & Adam Kurt!! Hope I see you all there!! 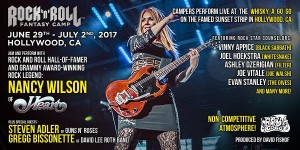